Play with anyone, anywhere

Looks like Vainglory, the massively popular mobile MOBA, might soon find its way onto Switch. In a press release for the Vainglory 4.0 update, it was revealed that Super Evil Megacorp is moving towards cross-platform play, which, in this case, would also mean cross-platform eSports.

The company is looking to achieve true parity between all versions of its game, including the upcoming Windows and Mac ports. We can expect to see them pop up sometime in early 2019. 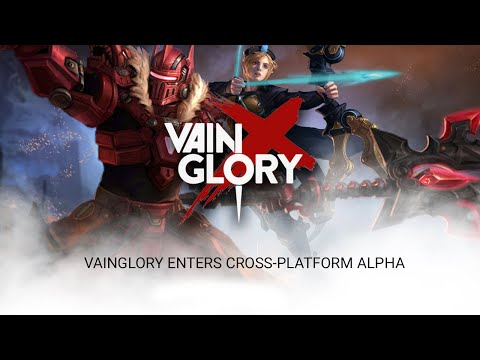 Though, perhaps the most intriguing part of the press release was the mention of Vainglory coming to consoles. For sure, news of a Switch port is very welcome indeed, and it would only make sense if the developer is looking to open up their game to as many players as possible.

Vainglory 4.0 will also come with a 're-worked cross-platform UI, improved communications, new event based game modes, and much more'. And if you opt to join the PC alpha, you'll net yourself a pretty neat 'Vox On Ice' skin.

The game originally released back in 2014 for iOS to a fairly strong critical reception. Since then, it has received numerous updates, tweaks, and content drops that add up to it being one of the finest MOBAs around.

The ability to play with anyone, anywhere is exciting, as is the promise of true parity between all versions of the game. Of course, you could always just stick with the original iOS version or the subsequent Android port if that's more your thing.