Square Enix has announced it will be bringing its fantasy role-playing game Trials of Mana to mobile next month. The game will be released for iOS and Android devices on 15th July.

Trials of Mana was a JRPG that originally released in 1995, but the game received a 3D remake last year that appeared on PC, PS4 and Nintendo Switch. Now this version of the game will be appearing on mobile.

The differences between this remake and the original are mostly in the graphics department, with the basic gameplay and premise remaining the same but the visuals updated from a 2D perspective to 3D.

Here’s a trailer for Trials of Mana’s 3D remake from last year. You should expect the game to play similarly on mobile, except with optimisation for touch controls. Auto-targeting, auto-camera, and auto-battling is also being added to the game for a more convenient experience. 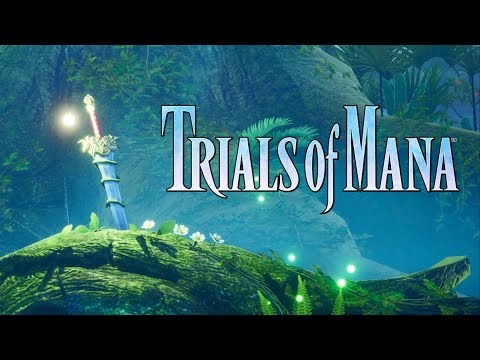 Trials of Mana has you controlling a group of adventurers who are brought together and drawn into a quest to defeat the Benevodons and save the dying Mana Tree.

The Mana series originally began as a side story for Square’s flagship Final Fantasy series. To differentiate the identities of both series, the Mana games use real-time combat as an action RPG as opposed to Final Fantasy’s turn-based combat systems.

It’ll be launching on iOS and Android on 15th July, where it is priced at $23.99, which is much lower than the $50 price that the PC and console versions were asking for. Trials of Mana is currently also available on Steam, PlayStation 4, and Nintendo Switch if you're interested in checking them out ahead of the mobile launches.

Be sure to read about some of our favourite JRPGs (Japanese role-playing games) that are available to download from Google Play if you're after more of these types of games on Android.
Next Up :
Black Desert Mobile reveals new Drakania class alongside other major updates and announcements