You remember when you bought MotoHeroz on mobile and thought to yourself, "yeah, this is just as good as Trials. Who needs Trials. Pah."?

Well, you were kidding yourself.

I love MotoHeroz just as much as the next physics racing fan, but it's a different beast from Trials. I think we've all known that, deep down, no matter how much we might have wanted to deny it.

Happily, Trials: Frontier is heading to iOS and Android soon enough, and, by and large, it's looking like the real deal. Well, by and large.

The trials of man 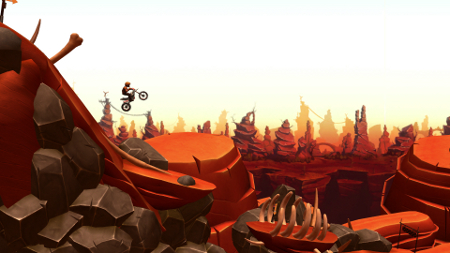 Trials: Frontier takes place 100 years after Trials Fusion. The first thing you'll notice here, though, is the non-Trials-y presentation. The visuals are steampunky, while the heavy metal soundtrack of the first Trials games is distinctly downplayed.

The core gameplay of Trials: Frontier is pure Trials, though. The controls for accelerating, braking, reversing, and shifting weight are wonderfully responsive and precise. Trials has always been about landing angles and distributing weight correctly, and the touchscreen-based Frontier is no different.

There are generous checkpoints; tricky and smart level design (though not as crazy as Trials Evolution's later stages); and the ability to restart stages quickly here. Without question, this is the Trials you want on your phone or tablet. 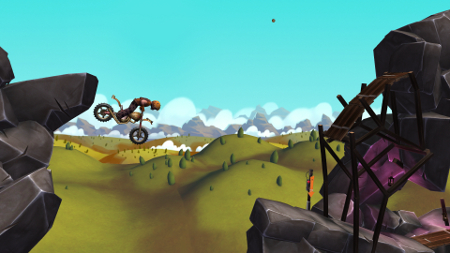 It'll also be sold at a price point you'll like: it's free-to-play.

Or, perhaps, you won't like this freemium element. It's difficult to judge the implementation of this divisive business model in Trials: Frontier at this stage, especially in a demo environment where premium currency is unlimited.

The chap demonstratinging the game to me was keen to stress this, though: just because the game is free, it doesn't mean there's any pay-to-win, or that there's anything you can't unlock through play.

There's nothing immediately obvious about the moment-to-moment play that could be affected by the freemium model RedLynx and Ubisoft are employing in Trials: Frontier - if you wipe out, you're not pushed towards a purchase to forget the mistake, for example. 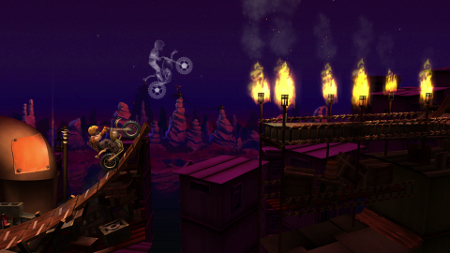 Yet, I got the impression that there was a metric fudge-ton of content available to purchase, should you want the full experience upfront.

For instance: there are loads of bikes to buy, and there are upgrades to purchase for those bikes (a first for the series). I can't help wondering if this will have an impact on the course designs.

The one resource that will prove problematic for a lot of players will be the fuel system. You can only drive a certain number of races before you have to either wait for your fuel to recharge over time or pay a small fee. Considering the series is about repetition, this could leave a bitter taste in the mouth of hardcore Trials veterans.

The good news is that we won't have to wait long to find out whether that is the case. Trials: Frontier will race onto iOS and Android shortly.