Anyway to celebrate the release of the movie, I thought I'd round up some of the best games for iOS and Android that have a similar cyberpunky vibe.

After all, once you get bitten by the cyberpunk bug it lays its nano eggs in your visual cortex and you can never escape.

If you've got your own suggestions about games that capture that rain-soaked neon vibe then feel free to chuck them in the comments, like C-beams glistening off the shoulder of Orion. Or something like that anyway.

Super smart technology, plenty of robots, and a view of the future that's interconnected in a whole bunch of different ways? Yeah that sounds pretty cyberpunk to me.

It's fair to say that Transistor owes a good deal of its aesthetic to the original Blade Runner, but it runs off in its own directions as well, and it's all the better for it. Slick and gorgeous, it'll definitely get you in the mood for 2049.

I could have put Deus Ex GO on this list, but I think The Fall better captures the themes and concepts that cyberpunk is often all about. Mainly the intrinsic connection between man and machine and what that means for humanity.

The game itself is one of the better examples of a first-person shooter on the App Store. It might not quite capture the full essence of the main Deus Ex games, but it makes a valiant effort all the same. 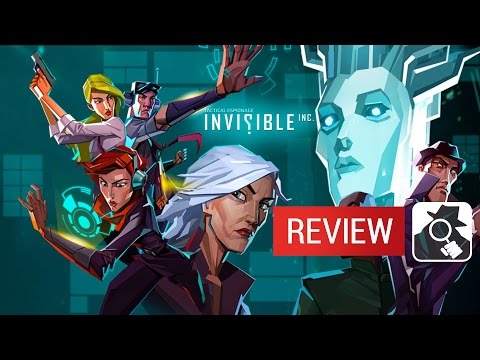 A stealth game that's dripping not just with really interesting ideas, but also cyberpunk trappings. It's all about sneaking into corporation headquarters and stealing their stuff. Which I think we can all agree is pretty cool.

The game is by no means a walk in the park, and the challenge here might get you a bit angry in the early part of proceedings. But stick with it and you'll find one of the most interesting sneaky future games out there.

While Blade Runner is renowned for its subtlety, Neon Chrome takes the opposite track into cyberpunk land. It's all about blowing things up, fighting giant bosses, and generally shooting everything that moves.

But there's an interesting clone mechanic that's definitely reminiscent of some of the themes in Blade Runner. And on top of that there's an awful lot of stubborn violent entertainment here as well.

No, Blade Runner might not have orcs and elves and magic in it, but Shadowrun still owes a large chunk of its future swagger to Ridley Scott's original film. It just chucks some spells in for good measure.

There's a whole heap of game to work through here, and it's based on the classic tabletop RPG. Take quests, fight gangs, and try to get to the bottom of the goings on in a city that's half fantasy, half silicone.