Take control of the Autobots in Transformers Prime for 3DS, DS, and Wii

Back at this year's E3 conference, Activision released a small trailer for Transformers Prime, which is a forthcoming DS, 3DS, and Wii title that's based on Hasbro Studios's animated TV series of the same name.

Transformers Prime lets you take control of Optimus Prime, Bumblebee, Bulkhead, and several other Autobot characters as they embark on an adventure to save the earth from that pesky Megatron fella and his powerful new secret weapon.

Gameplay-wise, you'll find yourself competing in numerous brawler-style battles against the Decepticons, participating in "diverse driving sequences", and cultivating friendships with three of the shows human characters: Jack, Miko, and Raf.

Activision has just released a bunch of new Transformers Prime screenshots, which we've added to our gallery above. They're for the upcoming Wii version, but they should give you a good idea of what to expect on DS and 3DS. 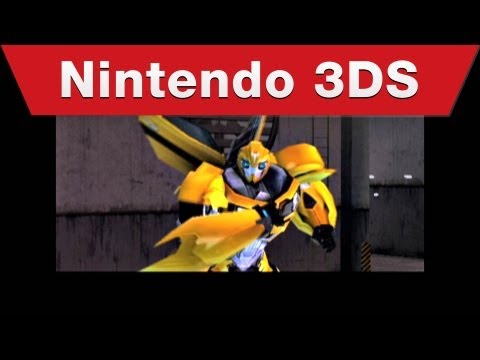 Subscribe to Pocket Gamer on
Next Up :
Street Fighter: Duel, the first RPG in the popular franchise, has now opened pre-registration

Transformers Prime: The Game to be a Toys'R'Us exclusive in the UK