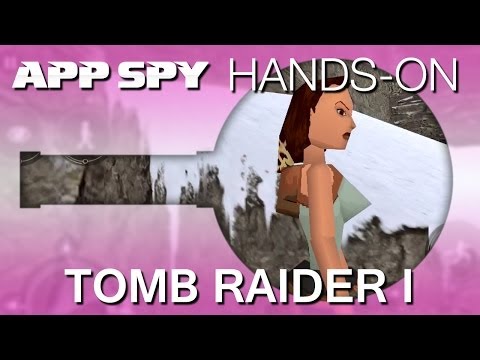 You can now get the original Tomb Raider on your Android, if this is really something you must do. Who are we to judge, after all. It's your life and we aren't your parents.

Look, I like Tomb Raider as much as anyone. But, for starters, I'd play the terrific Anniversary remake before subjecting myself to the blocky, mushy, polygonal-titted nightmare that was the Sega Saturn original.

And, secondly, this thing was a pain to play on a joypad with actual buttons and feedback. I dread to think how Lara's tank-like controls translate to a slab of touch-sensitive glass.

Square Enix does say that the game works with the MOGA Ace Power and Logitech PowerShell controllers. Unfortunately, those are for iPhone so your mileage may vary when it comes to using Android joypads that actually exist.

This is one case where the Google Play description "We've not messed about with it, so it’s the full, unedited, unadulterated experience from the classic release" fills me dread rather than relief.

We had similar doubts with the iOS version. It ended up with a Bronze Award but we warned that "it's too exacting, and it requires too much patience and dedication to master its blocky world and tame its wild controls".