As in the first Tiny Troopers game, you must take control of a band of iddy-biddy soldiers in this follow-up, and lead your charges to victory over a series of colourful cartoon maps.

From the looks of things, you'll have access to some new armour and weaponry to help keep your boys in one piece.

You'll also seemingly get the chance to recruit specialists like medics and flamethrower-wielding nutters. 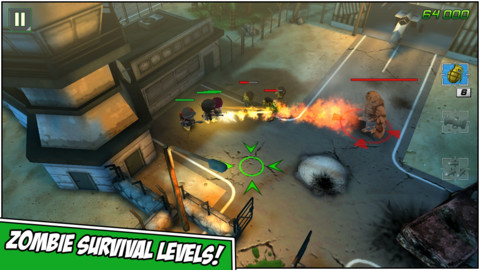 In addition to the squad-based shenanigans, Tiny Troopers 2 will feature vehicle sections, during which you can blast enemy forces from the back of a Humvee.

And because no game is complete without the presence of rotting flesh, you'll find three zombie-filled maps here in which to test out your survival skills.

You'll be able to download Tiny Troopers 2: Special Ops on iPhone and iPad from midnight tonight.

Tiny Troopers are back and better than ever