Two years ago, players stepped into the magical world of Time Princess and experienced everything from the opulence of the medieval era to the rich cultures across historical icons of the past. The 3D dress-up game has also taken players by the hand and let them journey through the Louvre, as well as do their part in supporting girls' health and caring for little animals.

During the 2nd anniversary festivities of the popular mobile title, players can expect tons of in-game events and giveaways along with bountiful login bonuses to thank fans for their love and support through the years.

IGG's dress-up-slash-interactive novel is giving players more reasons to dive into the varied eras, cultures and regions across time with a limited-time special 2nd-anniversary story. Clearing the new chapter will reward players with free blueprints of clothing sets to add to their dazzling collection.

Players can also look forward to scoring 100 free Gold Tickets in the Jerry's Anniversary Gift event throughout the month of August - and all you need to do is log in for three days. Plus, you can also nab a special Anniversary Calendar Clothing, as well as the anniversary exclusive Crystal Memories in Parven's Shop.

From August 5th to the 7th, and from the 19th to the 31st, you can experience twice the number of Encounters during the Anniversary Encounters extravaganza. The anniversary-exclusive Flowered Wall blueprints are up for grabs as well for players who simply read the limited-time anniversary Story.

Meanwhile, the Celebratory Blessings event from the 18th to the end of the month is giving away a Shiny Atelier Card to everyone who logs in on the 1st, 3rd and 5th day. Keep going and you'll eventually score the anniversary-exclusive Peach Marshmallow background on the 7th day as well. 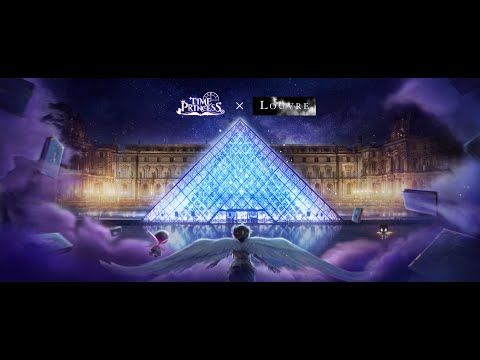 Leisurely lounging around the Louvre

Time Princess has had a lovely lineup of collaboration events through the years, including an elegant crossover with the Louvre that gave away special collab clothing outfits (Melody of Victory, The Queen's Garden, The Eternal Lady, Midnight Vienna).

Fans were also treated to special interactions with the Big Three: the Venus de Milo, Winged Victory of Samothrace and Mona Lisa.

The game has also teamed up with charitable organisations in the past, raising awareness for girls when it comes to health and love for animals. The partnership with Days for Girls, for instance, gave players an avenue to help girls in Africa with better access to quality sanitation solutions via Charity Bags.

Additionally, Time Princess also partnered with The American Society for the Prevention of Cruelty to Animals (ASPCA) to help players do their part in rescuing stray cats. Buying Charity Bags in the game allowed players to donate to the ASPCA to lend a hand in their own way in the organisation's rescue efforts for the furry felines.

There are tons of other surprises in store for players during the 2nd-anniversary celebrations (hint: head over to the [Event Center] - [Benefits] - [Perks Galore] during the event and you're in for a treat!), so if you're keen on joining in, you can download Time Princess on the iOS App Store and on the Google Play Store for Android devices. It's a free-to-play game with in-app purchases. You can also join the community of followers on the official Facebook page to stay updated on all the latest developments.

What's A Preferred Partner Feature?
From time to time Steel Media offers companies and organisations the opportunity to partner with us on specially commissioned articles on subjects we think are of interest to our readers. For more information about how we work with commercial partners, please read our Sponsorship Editorial Independence Policy.
If you're interested in becoming a Preferred Partner please click here.
Next Up :
5 new mobile games to try this week - August 18th, 2022