Unscrupulous app makers are currently flooding the App Store with an average of 15 new clones of Threes!, and its browser-based adaptation 2048, every single day.

Most have you combining numbers.

Others, however, see you matching Klingon characters, Doges, and shirtless photos of a Brazilian DJ.

We looked at all the iOS games released from Monday, March 31st to Saturday, April 5th.

About 11 new rip-offs hit the App Store each day, culminating in a massive 27 obvious knock-offs on Saturday. 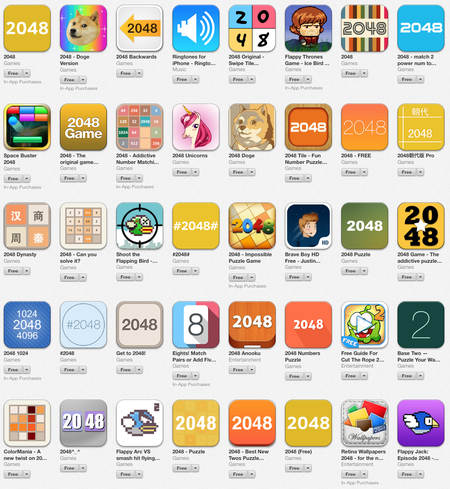 It's not quite at the same level as Flappy Bird clones, where at one point we calculated there were about 60 new iOS clones a day. The difference here, however, is that the original game is still live on the App Store.

These tile-sliding games all owe their existence to Threes!, the Gold Award-winning number cruncher from February.

Threes! creators Asher Vollmer and Greg Wohlwend have talked about these games over on their blog, calling 2048 "a broken game".

"We do believe imitation is the greatest form of flattery," the pair say, "but ideally the imitation happens after we've had time to descend slowly from the peak - not the moment we plant the flag." 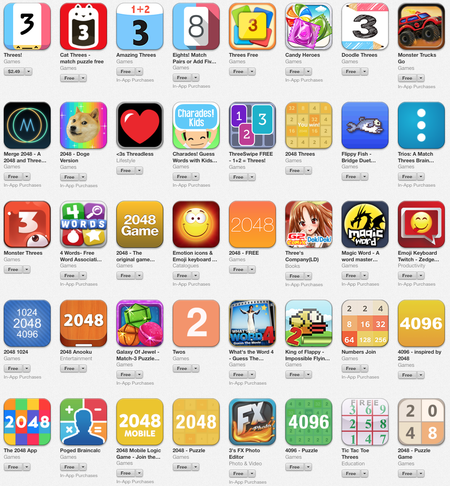 Results for 'Threes' on the App Store
Next Up :
Three Kingdoms: Legends of War is officially out now on Android and iOS