Tilting Point and Action Square had launched their action RPG Three Kingdoms: Legends of War in South Korea where it quickly rose to fame. Soon after, it began pre-registration in the west on Android. Owing to its popularity, Three Kingdoms: Legends of War quickly amassed over three million downloads between South Korea, North America, and Europe. Now, the popular game can be downloaded on the App Store as well, so no one is missing out now.

Three Kingdoms: Legends of War sees players on the battlefield where they engage in fights to take control of its vast world. The story is as immersive as it can be and fans of the series will vouch for that as the Three Kingdoms Saga has been ongoing for generations now. This iteration includes all the famous heroes like Lu Bu, Zhao Yun, Guan Yu, Xiahou Dun, and Diao Chan, all with their own unique abilities. 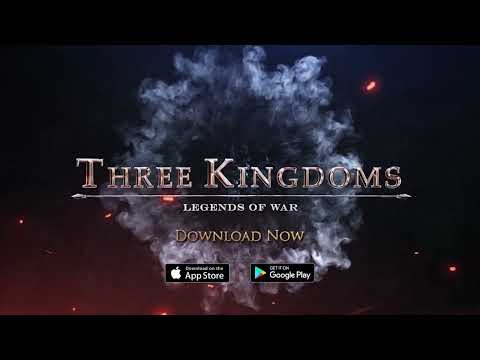 Players will embark on a long and exciting journey with mythical demons disrupting their path. There are over 80 officers to collect and numerous capitals to conquer, so players shouldn't run out of things to do. And that’s not all. Three Kingdoms features additional PvP modes that will pit players against each other in rapid-paced combat. These missions include one on one battles, 10v10 fights, and huge 50v50 wars between alliances.

If you’re new to the entire franchise, Three Kingdoms: Legends of War is a good point to hop in. you can download the game on the App Store and Google Play. It is free-to-play and includes in-app purchases for certain items. Also, check out the game’s Facebook page to stay updated with all its events and other happenings.

Looking for more games that will pump you up? Then, check out this list of the best action games to play on mobile!
Next Up :
Cats&Soup is celebrating 20 million downloads with a massive event filled with heaps of rewards