The Witcher: Adventure Game is 'coming soon' to iPad and Android tablets

Chits are for chumps

When Andrzej Sapkowski wrote the first of The Witcher stories in the early 1990s, he probably didn't dream of it becoming a massively successful, award-winning video game franchise.

Or maybe he did, but we know he definitely didn't imagine it being played on an iPad.

But that's set to change soon with the upcoming The Witcher: Adventure Game which has a physical and mobile tablet release planned.

The physical copy of The Witcher: Adventure Game will be compatible with the DICE+ digital die and is perfect for those who like keeping track of hundreds of tiny counters and pieces.

For the rest of us, there's the iPad and Android version which will hopefully launch alongside the physical copy.

Unfortunately, CD Projekt hasn't given us many other details other than the reassurance that the mobile version is "coming soon".

Happily, it has given us a trailer that shows off the four heroes featured in the game including the womanising bard, Dandelion, and the dwarf warrior, Yarpen Zigrin.

We'll keep you updated on the status of the iPad and Android releases as soon as we know more about them. Until then, enjoy the trailer. 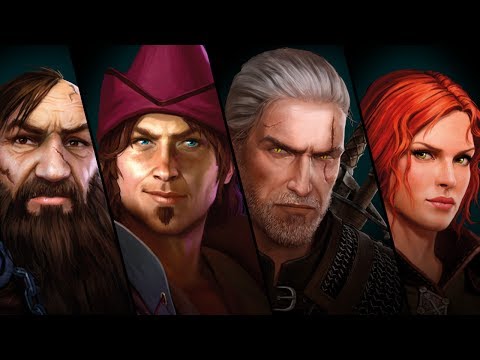