It's not an exhaustive list, but these are the ones that we reckon you should definitely pick up and play if you get the chance. If you've got your own suggestions though, we'd love to see them in the comments section below. 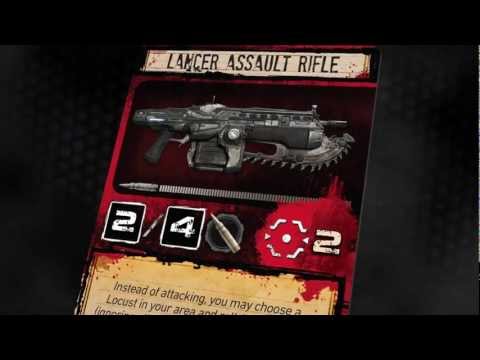 This game shouldn't be as good as it it. It's a big, brash, Ameritrash game that sees you rolling dice and taking down giant monsters. There's parts of it set in the console games, but there's freedom to play new stories too.

Then there's the wonderful art work, the gorgeous miniatures, and the fact that you and your friends are teaming up to play as a team against a deck of cards that represents the movement and actions of the monsters you're fighting.

Xcom: The Board Game

This one is technically a blending together of the digital and physical worlds. Rather than just using cards and dice, here things are controlled by an app you can grab from the App Store or the Google Play Store.

It's tough, tactical, and since the app is controlling the aliens with a sophisticated AI, you're going to have to think pretty quickly if you want to get to the end of a fight relatively unscathed.

One of the great things that The Witcher does, in both tabletop and digital form, is build its world. A lot of that is down to the books it's based on, but there's a wonderful thread of theme and great ideas flowing through this adaptation.

It takes its shape from a bunch of other games, but then plays by its own rules. It's going to massively appeal to fans of the likes of Talisman, but it goes much deeper than Games Workshop's classic.