It's the beginning of the end in the newest trailer for The Walking Dead: Final Season

Be good to my QUEEN

Any of you who've been reading my work for a while will know how much I love Telltale Games' stuff. Though it can be tragically bad at times, it also has sincerely enjoyable moments - such as The Walking Dead franchise. Boy, I'm not ready for the end, but it'll start rolling out on August 14th on console and PC.

Interestingly, The Final Season will be headed to Switch later this year, but there's no word yet on an iOS or Android release. 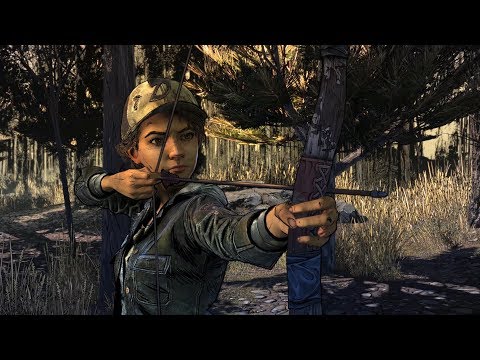 Subscribe to Pocket Gamer on
If you've not had a crack at the series just yet, I highly recommend doing so. The Final Season marks the end of our spunky protagonist, Clementine's, journey and it looks like it's going to be an emotional ride.

I've followed along since 2012 when Lee was young Clementine's unflinching guardian. While the game had its share of issues, it also had some killer scenes and an ending I'm still not over six years later.

From there, Clementine joined up and departed from different groups, showed how strong and self-reliant she'd become, and we really saw her character shine through in the last season, A New Frontier.

In its newest trailer, it looks like Clementine's building a new life with a group of young adults roughly her own age as she still watches out the young orphaned boy, AJ. It feels like this will be an incredibly tense season for us, especially since there's a new unpredictability in its combat to keep us on our toes.

Am I ready for this to end? No. Am I ready to see what happens to Clem? No. Will I ever forgive Telltale if Clem dies? With time, friends. With time.