How to solve the case - The Trace walkthrough for Chapter 2, The Ducketts' House

All the evidence, clues, leads, and answers

The Trace is a new murder mystery game that slips you into the shoes of a detective and asks you to gather evidence, follow leads, and answer burning questions as you try to solve the case.

Our new mystery: who's this dead dude in the Duckett's house. And where are Linda and Hank, anyway?

In chapter two we'll need to find 24 clues, to answer 11 questions. Follow our lead below to find everything you need to find, and answer all the questions correctly. 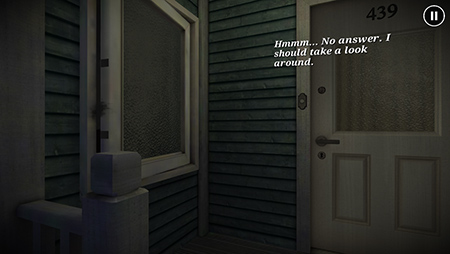 Try the doorbell, then try the door handle. No answer and it's locked. So look to the left and pry open the window, pop inside, and tug on the light switch. 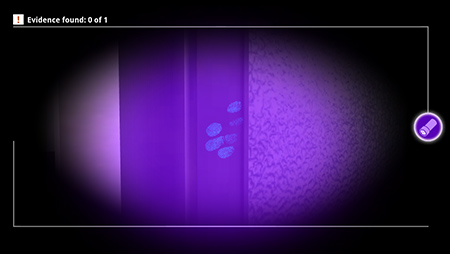 With the light on you can investigate the forced window. Use your blacklight to reveal a fingerprint and scan it. 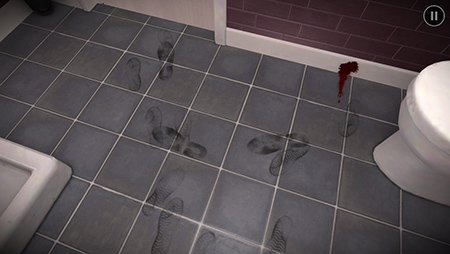 Back in the bathroom, look at the patch of blood and scan it to reveal it as canine blood. Also, look at the footprints to get two leads - one set is from the man in the garage, another is a mystery set of footprints. 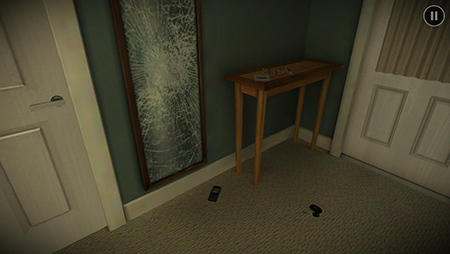 Exit the bathroom and look at the mess in the hall. Investigate the mirror, the car keys, and finally the cell phone. 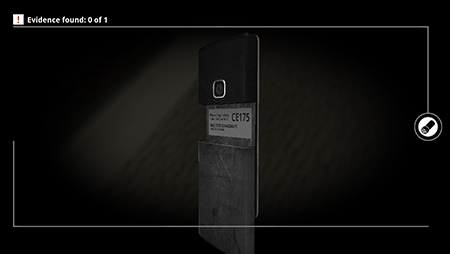 Pull down the back of the cell phone's cover and scan the sticker to match the phone to Linda. 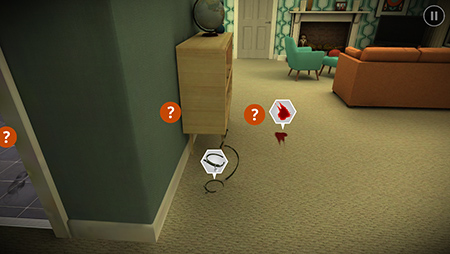 Take a look at the bookcase area, now. Check the blood to get a question - what rolled through it? - and scan it to tie it to the dog.

Now look at the collar, and scan the tag. This will start a phone ringing. More on that in a second. 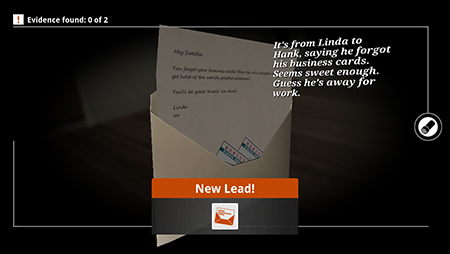 Look on the table and grab the envelope. Pull out the letter (and then listen to the call with Alex) and then pull out the business cards. 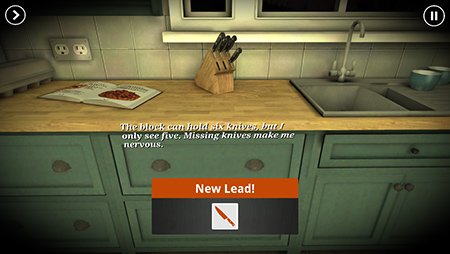 Stop by the kitchen real quick and grab the knife off the side. You'll get a blade for your inventory, plus the clue that a knife is missing. 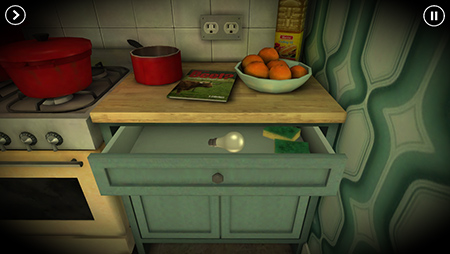 Also, there's a lightbulb in the drawer on the far right of the kitchen - next to the bedroom door. Grab that as we'll need it later. 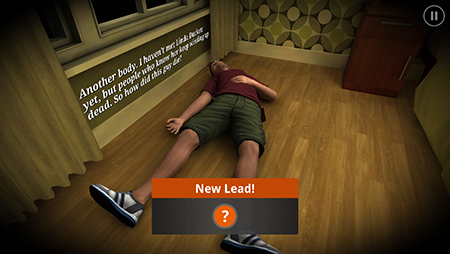 Open the bedroom door to find - gasp! - another body. After calling Alex, pull the ringing phone out of the victim's pocket. 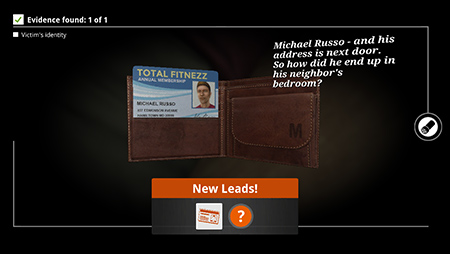 Finally, pull out his wallet from his left pocket and pull up the ID to get his name - Michael Russo.

Also, when you zoom out from the body you'll get another lead - the only injuries are to his neck. 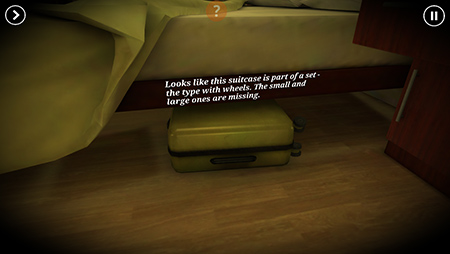 Check under the bed and look at the suitcases - two are missing, giving you two clues for your evidence. 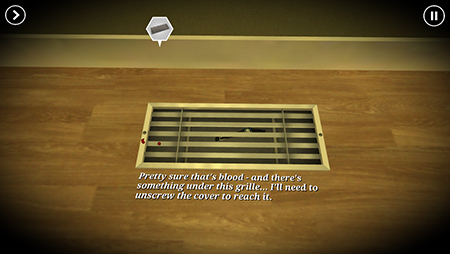 Check this grille. First, scan the blood. Then use the kitchen knife to unscrew the cover. Look at the watch and use the backlight to find fingerprints, which you should then scan. 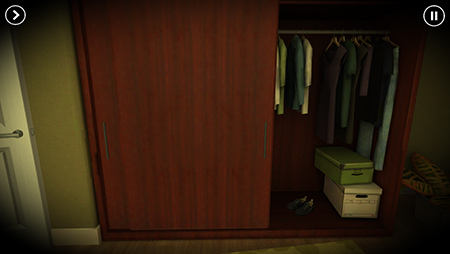 Open the wardrobe door on the right and look at the shoes. This will update one of the footprint clues, regarding the bathroom. 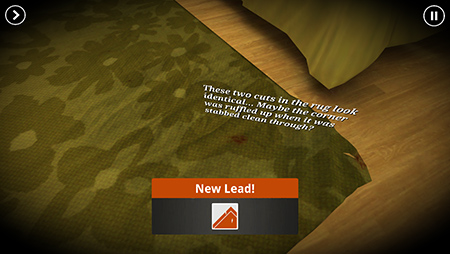 Look at the rug on the floor to see that it has a cut on it. Pull back the corner and scan the blood to get another lead. 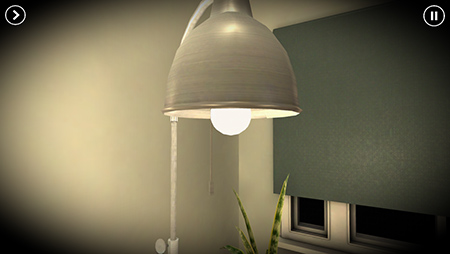 Open the door that's opposite the bedroom. Try to turn on the lamp and the lightbulb will blow. Twist it left to remove it, then put in your replacement bulb. Twist it right and pull the switch. 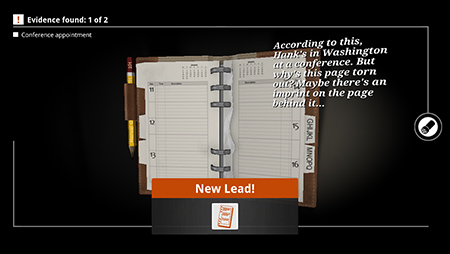 Pull the diary out of Hank's jacket. Then, grab the pencil from the left and scribble on the right to reveal a secret note. 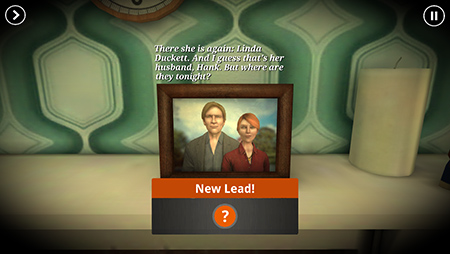 Finally, look at the family photo on the fireplace in the living room to ask the last question - where are Linda and Hank? 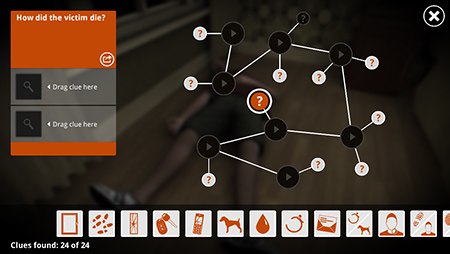 That's all your clues found. Now it's just a case of answering the questions. Here's what to put where:

How did the victim die? Why is the window open? Where are the homeowners? Who left all the footprints in the bathroom? A dog got hurt, but how? Whose dog does the collar belong to? What caused the wheel mark in the living room carpet? Where did the damaged watch come from? Something happened involving the dog - but what? It looks like something happened in the hallway - but what? How did the victim get inside?

How to solve the case - The Trace walkthrough for Chapter 3, The Diner

How to solve the case - The Trace walkthrough for Chapter 1, The Garage