Team17’s The Survivalists is launching on Apple Arcade on Friday.

The Survivalists is a spin-off of Team17’s earlier The Escapists, where your survival skills are put to the test after washing ashore on a dangerous, remote island.

You have to survive against the harsh environment by building a shelter, hunting animals for food and exploring the island for loot that will help you overcome the odds. The wilderness is procedurally-generated, meaning each adventure is different when you restart, and there’s a plethora of biomes to see, resulting in a playthrough that’s unique for everyone.

Then there’s a recruiting system in which you can tame monkeys to help you automate certain tasks, including protecting the group and gathering resources. These cheeky friends will certainly help to make certain longer tasks more bearable, but they also require a strict banana diet to keep them happy. 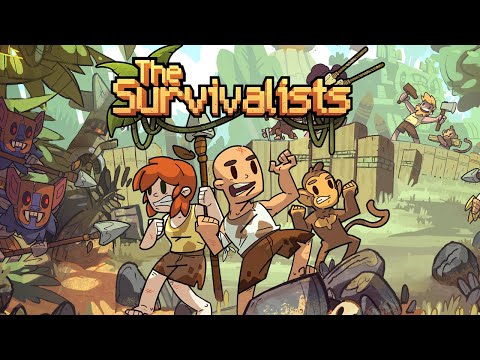 You can play The Survivalists alone or with other players, where you can complete joint adventures with fellow castaways and trade with them. You can see The Survivalists being very popular with the Minecraft crowd, as it looks extremely accessible for fans of crafting survival sims.

The game is coming to Apple Arcade, the premium mobile games subscription service available on iOS devices. A 30-day free trial of the service is available, with the price then being bumped up to $4.99 per month. Subscribers will get the full version of The Survivalists when it launches there, including all updates and expansions, without any adverts or additional in-game purchases.

The Survivalists is releasing on Apple Arcade on Friday, alongside its release on Nintendo Switch, PC, PS4, and Xbox One. If you want to check it out in advance, here’s its iOS App Store page.

Like retro or retro-inspired games? We’ve got a list of the best ones to play on iPhone and iPad.
Next Up :
Defend your castle across different arenas in Merge TD Hero - Tower Defense, out now on Android and iOS

The Survivalists releases Expeditions update with new quests, animals, and other cool content