The Queen's Gambit, the legendary chess drama from Netflix, is set to receive a mobile game adaptation soon

Developer Ripstone has partnered with Netflix to develop a mobile game adaptation of the extremely popular chess-based drama The Queen’s Gambit. Within this title, you can expect lots of intense chess matches through which you’ll be playing against various characters from the show and coming up with new strategies to surmount their challenging playstyles.

The biggest draw of this title beyond just being a pretty good chess simulator would be the art style. Lavishly handcrafted, the graphics will be 3D with a sort of smooth comic book-esque look and will feature numerous locations that will be familiar to any fans of the show. Combine this with the visuals of the characters, each lovingly rendered within this art style but still looking just like their actor counterparts, and you’ve got the perfect game for anyone who loved the intense high-society drama of the television show. 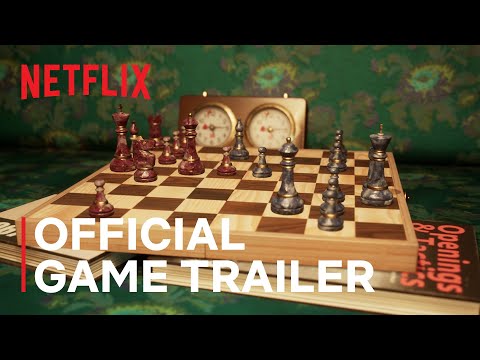 Familiar characters will include the likes of Mr Shaibel and Beth Harmon herself, who will be your coaches throughout the game, while also challenging players to help them enjoy the legendary strategy game and find their inner grandmaster. Of course, you’ll need some environments to look at whilst you battle it out in the most classic game of wits, and you will have them in the form of locations from the show like Beth’s House, The Mariposa Hotel in Las Vegas, the Methuen Orphanage, and even more.

Don’t be afraid if you’re newer to chess, as you’ll have plenty of chances to learn and master the strategy of the game, even being able to look up at the ceiling of whatever location you may be at and theorize the best move just like Beth does within the show. This one is designed to both teach new players and challenge even the biggest fans of chess, so there’s something for everyone.

Whether a fan of the show or a chess lover, you’ve got the recipe for an excellent mobile chess simulator here. Keep an eye on the official Netflix Geeked Twitter account for more updates, and be ready, as The Queen’s Gambit is set to release soon for iOS and Android.

Looking for more mobile games that emulate tabletop experiences? Check out our Top 25 best digital board games for iOS!
Next Up :
Money Heist, the Netflix original show, will be getting a mobile game adaptation next year