Coming soon to iOS and Android

With The Mummy releasing today in the cinema it seems only right to have a game to tie in with the films, but it's not a CCG don't worry. 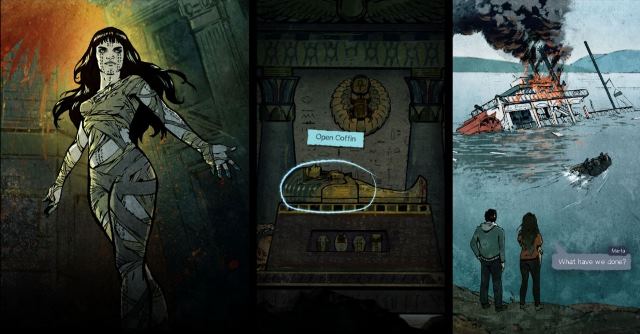 In fact, Universal Brand Development is working with Night School Studio (Mr. Robot, OXENFREE) to bring us The Mummy Dark Universe Stories, coming to iOS and Android later this month.

The game will pick up where the most current film left off and will be an episodic adventure with multiple narrative choices and tidy comic book style artwork. With 12 chapters available on launch, more chapters will be added on a regular basis to take you deeper into the Dark Universe.

Better still, if you play on day one you'll get a free chapter.

We don't know exactly when the game'll be coming out just yet, but we'll keep you updated. If you fancy it, however, you can pre-register for the game on Google Play.