Cult classic The Legend of Zelda: Majora's Mask is getting a Nintendo 3DS remake next year

Dawn of the final day 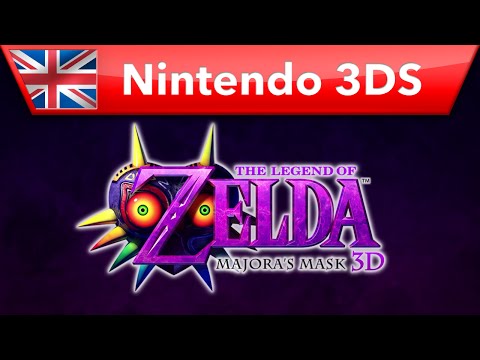 Dark and eery Nintendo 64 epic The Legend of Zelda: Majora's Mask will be getting a Nintendo 3DS remake in 2015.

This game is set in the doomed world of Termina, which is about to be crushed by a falling moon. It's up to Link to track down the owner of the cursed Majora's Mask so he can stop the apocalypse.

Along the way you'll travel through dungeons, and use masks yourself to transform into other forms with special powers. You also have a tight three day time limit, and will have to travel back in time (and suffer losing progress) if you run out.

The game is famous for being one of the most creepy and disturbing entries in the Zelda series. It's also quite short with just four major dungeons, but there are loads of side content - including a barmy Groundhog Day-style quest in the main town. 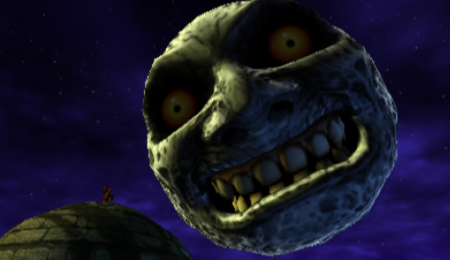 Like the Ocarina of Time remake, this 3DS edition will have spruced up visuals and stereoscopic 3D graphics. Plus, Nintendo promises "added features for users to streamline gameplay for a more comfortable experience".

Nintendo also announced that Europe will get a limited run of The Legend of Zelda: Majora’s Mask 3D Special Edition which includes a SteelBook game case, a Majora’s Mask pin badge, and a double-sided poster. Oh, and the normal box which looks like this sexy beast: 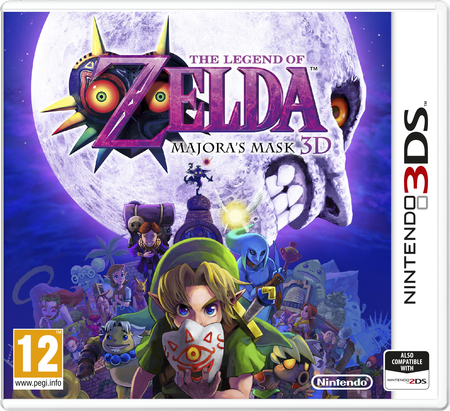 Next Up :
Ghosts and Apples lets you turn ghosts into apples to get your soul back, out now on iOS and Android