Well, I know what my weekend's going to involve...

There were plenty of things I was expecting to wake up to this morning, like cat vomit and unwashed dishes, but The Legend of Zelda: Breath of the Wild's second DLC wasn't one of them. 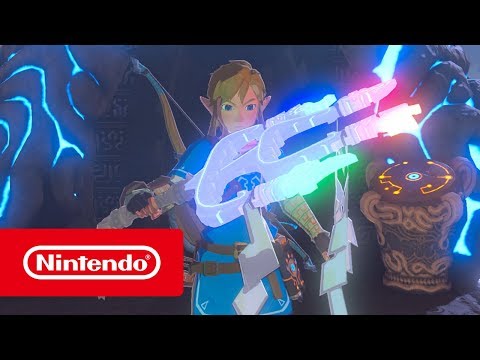 Subscribe to Pocket Gamer on
The first part, Master Trials, released way back in late June and we thought it was definitely something worth investing in. All in all, this first part offered up plenty in terms of gear and modes, but lacked in story. Enter: The Champions' Ballad.

The Champions' Ballad kicks off as Link faces a new challenges by yet another unseen voice - the Divine Beast Tamer's Trial. Grab the One-Hit Obliterator and clear out monster encampments, find new shrines, take on a huge dungeon, and more.

Now that we've got the details of the second pack, there's a lot more than we'd initially thought. Aside from discovering more of the Champions' stories, there are also nine hidden items to find, ancient horse gear to obtain, you can help Kass to complete an unfinished song left behind by his mentor, and unlock a motorcycle after completing everything to make Link look twice as bad-ass.

The Champions' Ballad is available on the Nintendo Switch and the Wii U right now. *Bear in mind* you'll need to have freed the four Divine Beasts before you can take part in this installment.