SNK Playmore has finally brought the Silver Award-winning beat 'em up The King of Fighters-i 2012 over to Android, but now with an "A" instead of the iOS version's "i".

This 2D fighting game's arrival on Android has been a long time coming. For your patience, Android players, you get the two DLC characters, "NESTS-style Kyo" and "Iori with the Power of Flames" for free.

Plus, other extras, including new trading cards and illustrations, have also been thrown in for the price.

This gives you 34 playable characters and six different play modes to work your way through. 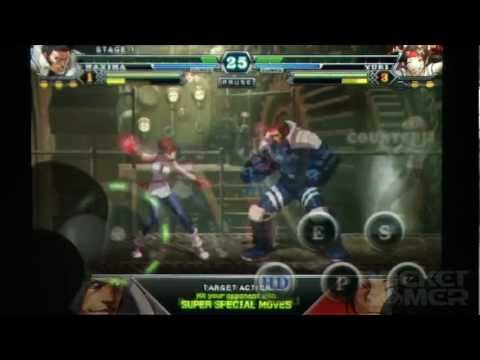 Although the King of Fighters franchise thrives on its many veteran and highly competitive fans, SNK has given newcomers a chance with the Desperation and NEOMAX Super Special moves assigned to a single button.

So if you do play online against experienced players, you may at least get a single big move in. You've got to protect your honour as much as you can, after all.

The King of Fighters-A 2012 is available on Google Play [buy] at £4.99 / $6.99.
Next Up :
Heroes of Valhalla, a Viking-themed strategy-slash-tower defense game, is out now on Early Access