Let's get this out of the way before we roll into the rest of this review - The Horus Heresy: Legions is never going to replace Hearthstone at the tip of the digital TCG spear. That doesn't mean it isn't worth checking out though.

Fans of the grimy, gothic hell that is Games Workshop's 40K universe are going to be in heaven here. From the snarling retorts of the warlords all the way to the zero energy minions you throw out as cannon fodder, everything feels like it could be staring out at you from the window of a GW shop.

And on top of that, the play here is incredibly tight. You can get the gist of it in a few turns, but delve deeper and you'll find a host of tactical options that are going to keep you tweaking your deck for days.

The game sees you building up a deck of cards and taking on all-comers. Your deck is built around a warlord. If your warlord dies, you lose. Kill your opponent's warlord and, well, you get the idea.

A brief single-player tutorial walks you through the basics of the game, then you're left to your own devices to build your own deck, buy new cards, and take on other players in 1v1 matches. 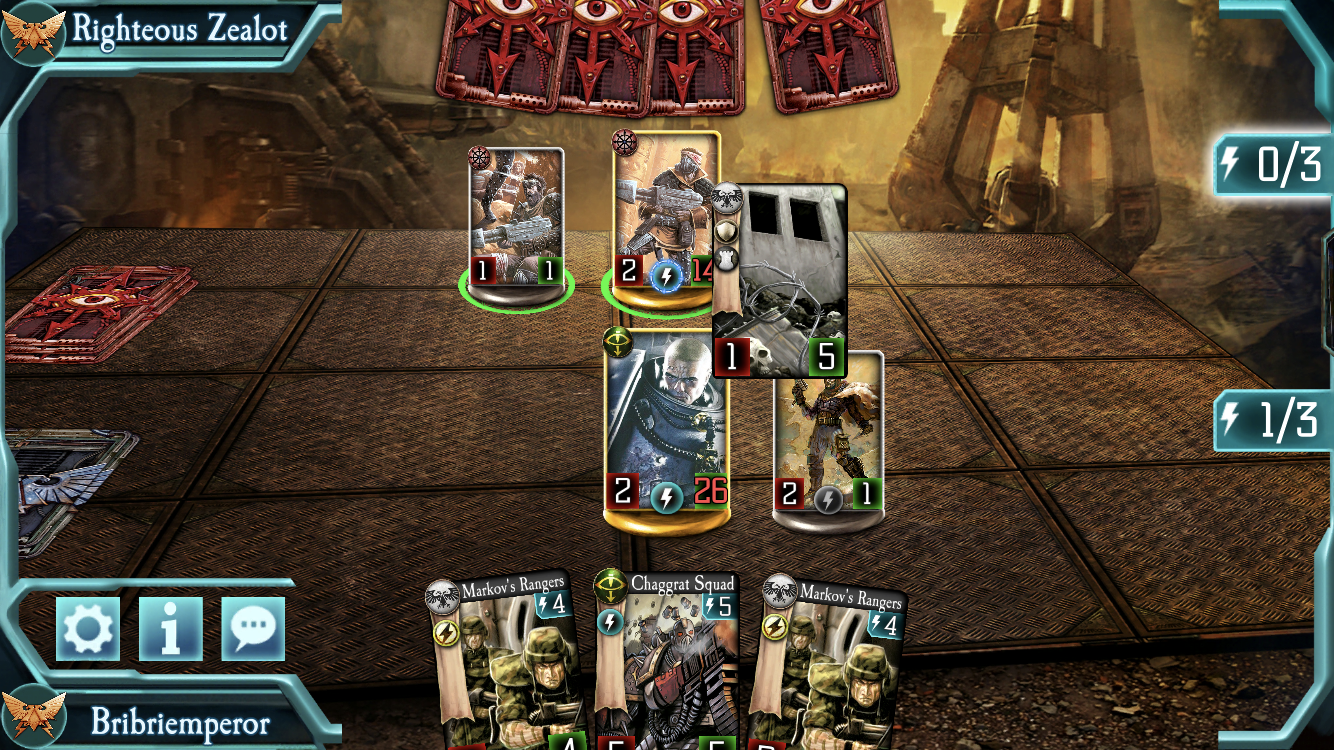 Every card you play costs energy, which builds up round-to-round, meaning you can't throw in your big guns at the start. Instead you need to build up your defences, and use smaller attacks to chip away at your foes.

Warlords can attack as well, standing front and centre in the battle-lines. They have special powers too, which cost energy to use, and some of them have extra kickers that can change defeat into victory. 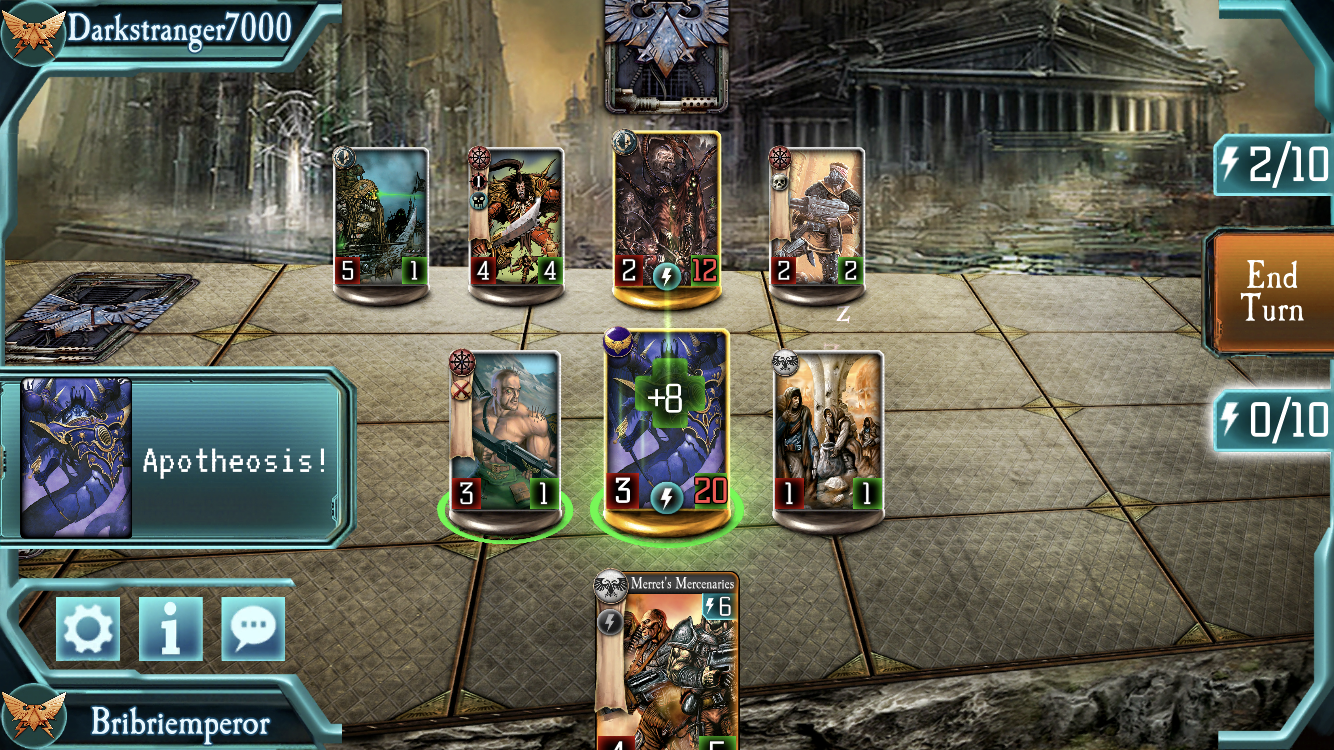 The multiplayer is smooth, and for the most part I've had no trouble finding an opponent. You get new cards and coins pretty quickly to start off with, so there's plenty of scope for customising your deck.

And you'll want to. Thinking up ways to take down your opponents is key to success, and since there are a huge variety of warlords out there, you're going to need to plan different stratagems to win.

This one isn't just for GW die-hards, but there's definitely a case to be made that they're going to enjoy it more, if only for the references, aesthetic, and high-space-fantasy gibberish.

That said, the game underneath it all is well worth checking out. It doesn't do anything revolutionary, but it's got enough going for it that there's definitely space on your homescreen for this and Hearthstone.

Deep, accessible, and an awful lot of fun. The Horus Heresy: Legions is just what you want from a mobile card game
Next Up :
Hindsight review - "Deeply emotional but a tad repetitive"

PGC London 19: We revisit The Horus Heresy: Legions to see how far the game's come since launch

The Horus Heresy: Legions storms onto iOS and Android at the end of this month