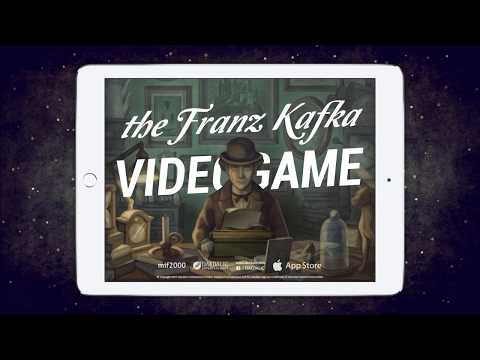 Subscribe to Pocket Gamer on
First written about three years ago, the odd and otherworldly adventure game The Franz Kafka Videogame is finally available on the App Store courtesy of Daedalic.

The game isn't about Kafka, as you might expect, but takes you along a journey inspired the man's surreal style and storytelling. Your protagonist, a man named K, receives a job offer, but between home and his new workplace is a trip through a world that grows increasingly surreal and weird.

That surrealism doesn't just cover the story, but also extends to the puzzles, which often break the fourth wall and attempt to subvert your expectations with clever logic and hiding info through red herrings and visual trickery.

Every level revolves around a specific set of puzzles, using the whole stages to explore different concepts and mechanics, compared to the more narrative-focused approach of other point-n-clicks.

You can purchase The Franz Kafka Videogame for £2.99/$2.99 on iPad and iPhone, and can also find the game on Steam.

Check out the gameplay trailer for this intriguing upcoming adventure game