The Escapists review - A good strategy, or better off behind bars?

The Escapists is a strategy game which puts you inside prisons of gradually increasing difficulty. Your only goal is to break the hell out at fast as you can.

Originally released on PC and console, the mobile version was a surprising and welcome sight. The big question here though is - how well did it port onto touch devices?

The answer: ehhhh...well enough, I guess.

If you've played The Escapists before you'll know the deal - be in prison, collect items, maybe beat up a guard, escape.

While you're behind those prison walls you can go about your daily routine. You're eating, buffing up, browsing the internet, completing your job, and attending roll-call like a model prisoner. 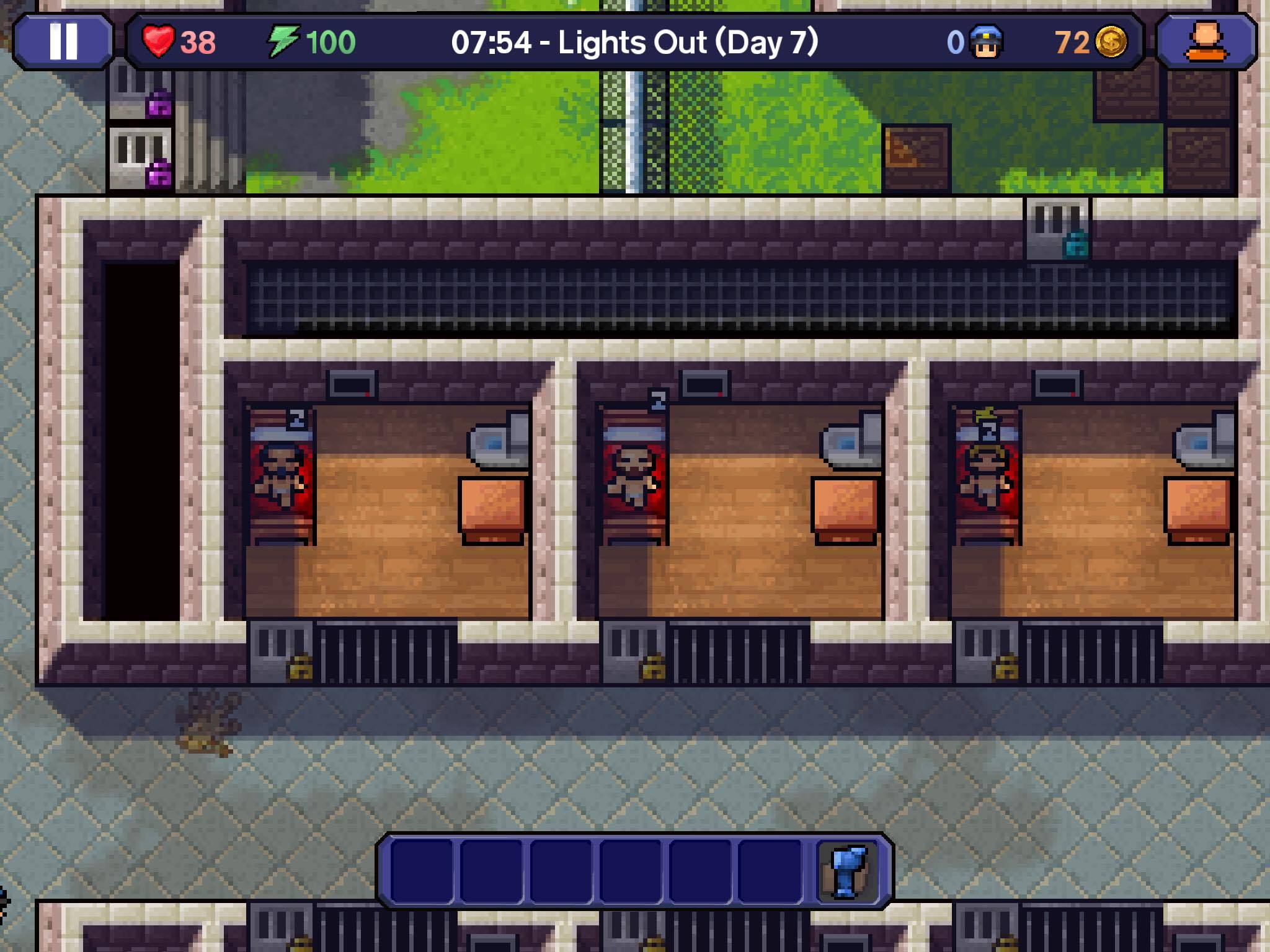 But there's plenty of less model stuff to do as well. You can give yourself a hilarious name, earn money by completing tasks other prisoners set for you, and trade with some of them to get hard-to-acquire items you may need for a formulated escape.

Or you can just steal from their desks and be that guy.

The crafting system is also just as detailed as the original version, and for people who love not having to figure things out, there's even a recipe guide in the menu.

You'll need to study hard browsing the internet for cats and memes to get more sophisticated recipes unlocked, however.

Even when you've crafted the finest weapons you'd better hope you never get caught by the guards, otherwise it's off to solitary and all of your naughty contraband will be confiscated.

Some things are missing in the crafting line up, so it isn't a direct port, but it's damn near good enough.

The only negative thing about the game is its controls. Props to Team 17 for giving the option of both virtual and touch controls, but both of them are a little flaky. 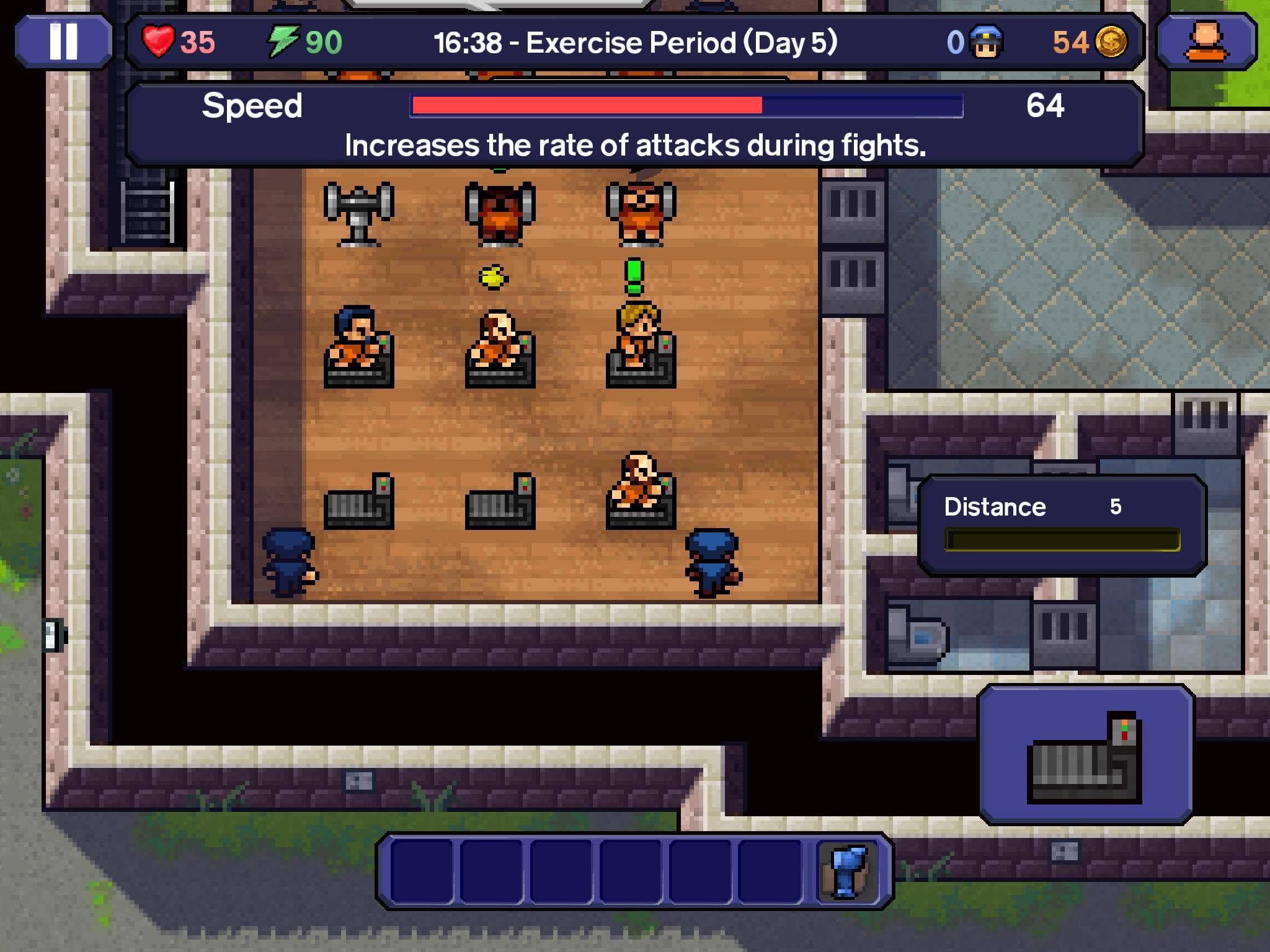 The virtual joystick is a little big, on the iPad version at least, and the 'A' and 'B' buttons are pretty temperamental. The touch controls on the other hand were much better, but the movements were still pretty aggravating.

It was too easy to pick up a table and not be able to put the thing where you want it because your character's decided to move and stand over the area instead.

Stop filling up my holes

It may not be a perfect port, but The Escapists is a tidy strategy game which brings all of the charm of its other versions onto a pocket-sized playing field.

For £3.99 / $3.99, it's definitely a worthwhile investment. Especially for those whose motto is 'slow and steady wins the race.' Y'know, if the race involves breaking out of prison.

The Escapists review - A good strategy, or better off behind bars?

The Escapists may not be a perfect port but for its price it's a worthy addition to the mobile gamer's library
Next Up :
Hundred Days review - "A success for the management genre"

The best iOS and Android deals of the week - The Escapists, Worms 4, Neon Chrome, and more

Break out of prison in style in The Escapists, out now on iOS and Android