The Denpa Men 3: The Rise of Digitoll will deliver colourful and quirky dungeon-crawling to 3DS this summer

Genius Sonority will be serving up a third dose of its quirky RPG series The Denpa Men on 3DS this summer.

The Denpa Men 3: The Rise of Digitoll appears to rather reminiscent of its prequel, The Denpa Men 2: Beyond the Waves.

Saying that, Genius Sonority has added the ability for Denpa Men to fight back by throwing coloured balls when you attempt to capture them in this new instalment.

You'll also have new weapons with which you'll be able to fight back, including a Denpa Man-catching antenna. 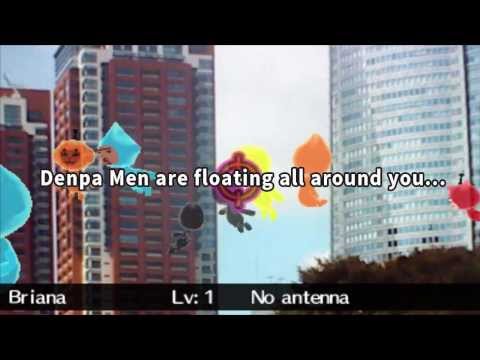 As before, you'll find the colourful creatures hanging out by wi-fi signals and within QR codes. Each of them has a unique series of abilities and stats.

If you've played the previous two The Denpa Men games, then you'll be able to get a head start in this one. How? By importing previously captured Denpa Men into The Rise of Digitoll.

Also, to celebrate the announcement of The Denpa Men 3, Genius Sonority has put The Denpa Men 2 on sale on the 3DS eShop until March 13th.

Next Up :
Call of Antia is FunPlus' new match-3 RPG that's out now on iOS and Android

The Denpa Men 3: Rise of the Digtoll