There's no crying in mobile

Crytek, the developers of the famed Crysis shooters, has announced its first free-to-play mobile game The Collectables for iOS and Android

Unlike Crytek's other mobile outing, Fibble, The Collectables is much closer to the studio's Crysis roots and features over-the-top gunfights, gun-on-gun violence, and explosions. Lots of explosions.

It also features some impressive visuals, which are "based on" Crytek's CRYENGINE technology - so we don't expect it'll play too well on a 3GS.

DeNA is joining forces with Crytek on The Collectables, and is leveraging its Mobage platform to help bring the action-heavy shooter to mobile gamers. 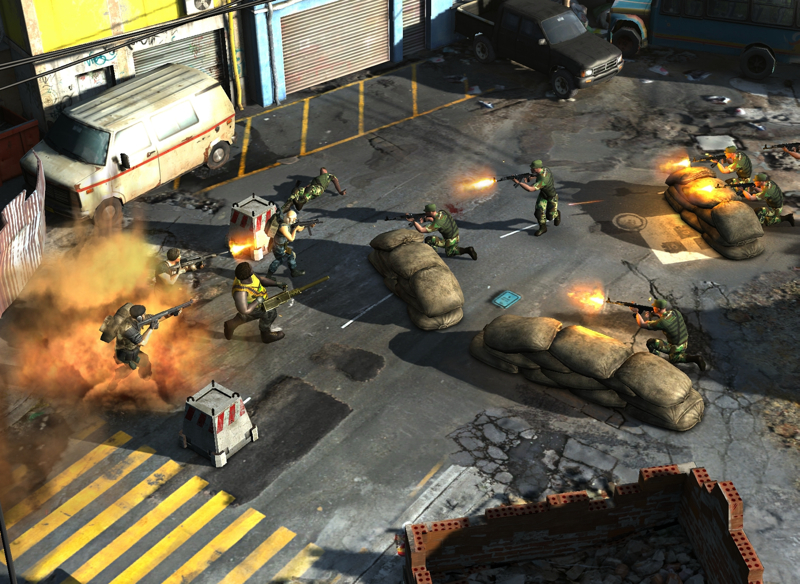 The Collectables allows players to assemble a squad of burly, gun-totting mercenary types with weaponry ranging from sniper rifles to mini-guns with almost everything in between represented.

Battlefields will be in full 3D, with terrain factoring into the fast-paced squad combat as you'll see in the trailer below.

Unfortunately, we don't have a firm release date for The Collectables just yet - but Crytek and DeNA reckon it'll be out sometime in 2014.

If you're interested in pre-registering for The Collectables, you can click on this blue text right here. Doing so will get you an exclusive version of the RELOAD character with limited-edition gear.