The Battle Cats is now available to download in the US, UK, and other English-speaking countries for iPhone and iPad, as well as Android-powered devices.

As it's name suggests, The Battle Cats is a game all about fighting felines. In it, your aim is to aid your crusading cats as they rampage across a world filled with weird and interesting enemies, and take down bases with the help of the game's simple battle system. 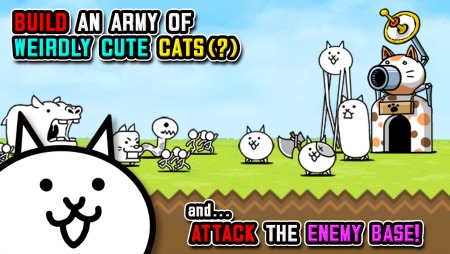 The Battle Cats also boasts a simple levelling system that allows you to strengthen your cat warriors using the XP you earn as you successfully clear stages. Your feline fighters will even evolve if you're able to boost them up to level ten.

Another way to strengthen your army is to collect the treasures scattered throughout each stage. There are superior, normal, and inferior treasures to collect - all of which increase your level of might differently.

The developer of The Battle Cats believes that the success of the game so far can be attributed to three factors: the number of 'loveable' characters there are, the amount of stages that are on offer, and the ease at which you can play. 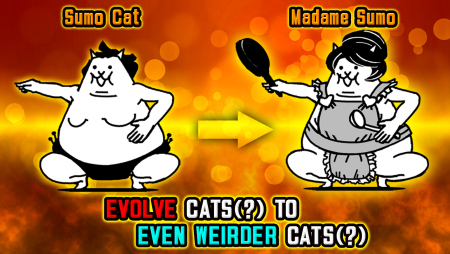 The Battle Cats is available to download from the App Store [download] and Google Play [download] for free, so you can test it out for yourself and only your time is at stake.

Subscribe to Pocket Gamer on
What's A Preferred Partner Feature?
From time to time Steel Media offers companies and organisations the opportunity to partner with us on specially commissioned articles on subjects we think are of interest to our readers. For more information about how we work with commercial partners, please read our Sponsorship Editorial Independence Policy.
If you're interested in becoming a Preferred Partner please click here.
Next Up :
Pokémon Go teams up with Amazon Prime Gaming to bring exclusive in-game goodies to Prime members