Ponos Corporation’s highly popular tower defence mobile game The Battle Cats is hosting a massive celebration to commemorate eight years since its launch. The game launched way back in 2014 on Android and iOS with an extremely cute roster of cats who happen to be strategic experts. Almost a decade later, The Battle Cats is just as fun, with an extra little enjoyment right now as the developers have created special 8th-anniversary events to participate in for an entire month, until October 10th.

With the number of events being held to celebrate The Battle Cats’ 8th anniversary, there’s an equal number of rewards to be won. Kicking things off is the mountain of Cat Food that players can collect. Free Wildcat Slots will be held all month long, with everyone being able to gather 777 Cat Food that can be exchanged for the Dynasty Fest Rare Capsules set and more.

Players that manage to wrap up the last stage of the Empire of Cats Chapter One before October 10th will additionally receive a Platinum Ticket that can be exchanged for a special Capsule draw which, in turn, will grant an Uber Rare Cat hero. For the rest of the anniversary special events, players can win more Cat Food and Normal tickets that can be used to unlock Cats and some other items. 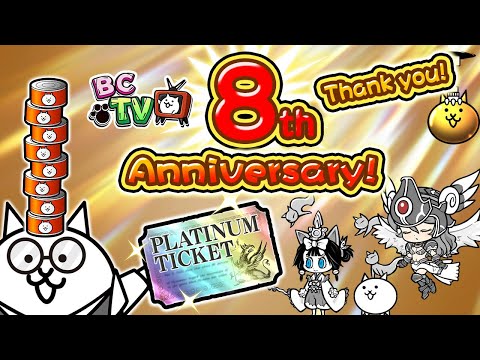 The Battle Cats’ birthday party will allow players to splurge a little as well thanks to the awesome sales being held throughout the month. Special Cats will be up for grabs at half the Cat Food cost. Here are the dates for the upcoming sales:

Besides this, there are numerous login rewards, and a lot more waiting to be claimed. Finally, the new Monthly All-Stars stage series will give a total of a whopping 30,000,000 XP on completion! Celebrate the classic game’s birthday by downloading The Battle Cats now for free.

Also, check out this list of the best strategy games to play on mobile!
Download now!
The Battle Cats

Next Up :
Merge Stories is a new casual mobile game, out now on Android and iOS