EGX 2014: Hands-on with The Adventures of Bertram Fiddle

A point and click with a British sense of humour 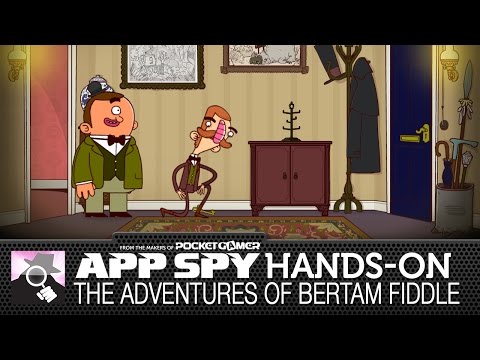 Bertram Fiddle is a leading Victorian Explorator. But he hasn't had many daring experiences lately. Little does he know, but he's about to be sucked into an adventure in his own home town.

Fiddle, and his manservant Gavin the Cyclops, will have to explore the underbelly of Victorian London as they try to uncover the identity of an elusive serial killer known as Geoff the Murderer.

If you hadn't guessed already, this is a rather silly game. It's a kooky cartoon adventure that parodies Victorian Novels (and their subsequent b-movie remakes) like Sherlock Holmes and the like.

And with its cheeky British humour, it should appeal to fans of games such as Simon the Sorcerer and Discworld.

If you're old enough to know what either of those things is, then you'll also appreciate the gameplay. This is a traditional point and click adventure where you go from scene to scene, taking to people, filling your pockets with junk, and solving puzzles.

There will also be some action orientated bits, like a mad dash chase after Geoff admit the hustle and bustle of London, but the developers say they will be kept nice and easy so as not to annoy the point and click faithful.

The Adventures of Bertram Fiddle is the first game from Bristol-based animation studio Rumpus Animation. The first episode - A Dreadly Business - is coming in November on iOS and Android (and PC).

You can find out more in the video, above.