It's set to arrive on April 21st

Tender: Creatures Comforts is an upcoming dating simulator that's heading for iOS and Android on April 21st, with pre-registering available now. It comes from independent developer Kenny Sun, who you may be familiar with from the likes of the YANKAI's series and Kubrix.

Tender: Creature Comforts is a narrative-driven dating simulator that looks to recreate what it's like to be on a dating app whilst exploring the connection and rejection found in this particular culture. However, rather than swiping left or right through people, it will be various aliens instead. 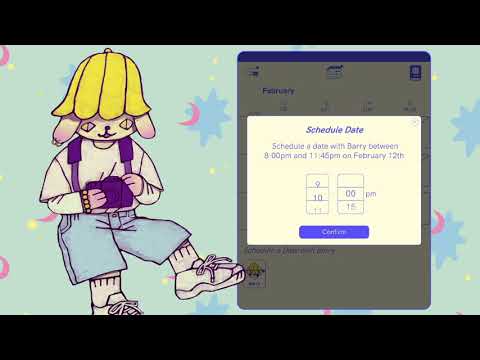 There are over 100 different profiles to flick through, each presenting a potential new alien soulmate to connect with. Once you've found someone you're interested in you'll be able to strike up a conversation with them and hope it'll lead somewhere.

If all goes well then you'll be able to schedule a date in your calendar before seeing it play out in real-time. There are a plethora of different storylines to uncover that can branch off in numerous directions based on the dialogue options and other actions you choose to make on your quest to find your intergalactic soulmate.

If you are familiar with Kenny Sun's work, you'll immediately recognise that Tender: Creature Comforts is a notable departure from the usual puzzlers we've come to expect. Similarly, it also marks the first time that Sun has created with another writer and artist, Gideon Lazarus and Jie En Lee respectively.

Tender: Creature Comforts is available to pre-order now over on the App Store and Google Play ahead of its release on April 21st. It will be a premium title that costs $2.99.

Interested in more narrative-driven games to play on your phone? Here are 10 of the very best you can play on mobile right now
Next Up :
Charlotte's Table is celebrating Valentine's Day with an update featuring new stories, levels, and rewards