Ten Dates, the sequel to the FMV Five Dates, is releasing on Valentine's Day 2023

Valentine’s Day is just around the corner and Wales Interactive have the perfect game lined up for FMV fans. Along with developers Good Gate Media, they will be releasing a sequel to their 2021 title Five Dates, called Ten Dates. It is an interactive romance comedy that will launch for all lovebirds on February 14th.

Ten Dates will focus on the story of two millennials in London, Misha and Ryan, who are looking to find love. As a result, Misha signs herself and Ryan both up for speed dating and the game chronicles everything that happens after that. Things are clearer in the launch trailer embedded below.

Similar to Five Dates, players will control everything about the dates themselves and every choice will have a significant impact on the story. Choices will be available for each action and they will determine the strength or the weakness of relationships with potential love interests. Relationship statuses will be tracked in real-time and the story keeps branching outwards based on the options picked. 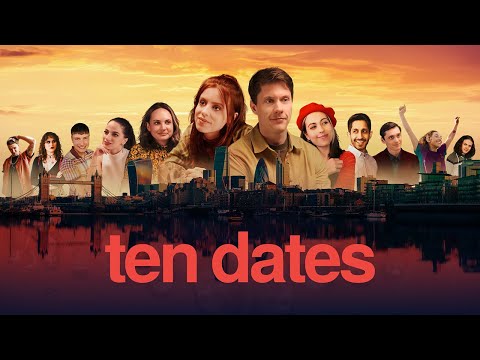 Over the course of the game Ryan and Misha will try to charm five unique personalities. During this, they will have to partake in icebreaker challenges like an arm wrestle, reveal things about themselves they’d rather hide, and have a lot of awkward moments. Who said finding love, especially in speed dating would be easy?

Ten Dates is set to feature a star cast from several hit television shows. The roster includes Rosie Day (Outlander), Kaine Zajaz (The Witcher), Charlie Maher (Conversations with Friends), Meaghan Martin (Camp Rock), Ellie James (I May Destroy You), and Rhiannon Clements (Death On The Nile), and of course the famous director and writer, Paul Raschid.

Ten Dates launches on February 14th. Until then, check out their Facebook and Twitter pages for more information.

Also, check out this list of the best simulation games to play on mobile!

Next Up :
Summoners War fans can now get their hands on official merch with the grand opening of the Com2uS Store