Temple Run VR is out today, making it one of the first games released on Samung's Gear VR Innovator Edition headset.

As you might expect, it's a free to play endless runner like the other Temple Run games. The big difference being that it's played in first-person and with a phone strapped to your head.

Your task is to run away from large Arctic Demon Monkeys across icy mountains after stealing an idol from a mysterious temple.

You use head movements to control the game as you cross footbridges, dodge patches of snow and ice, and traverse large alpine cliffs. 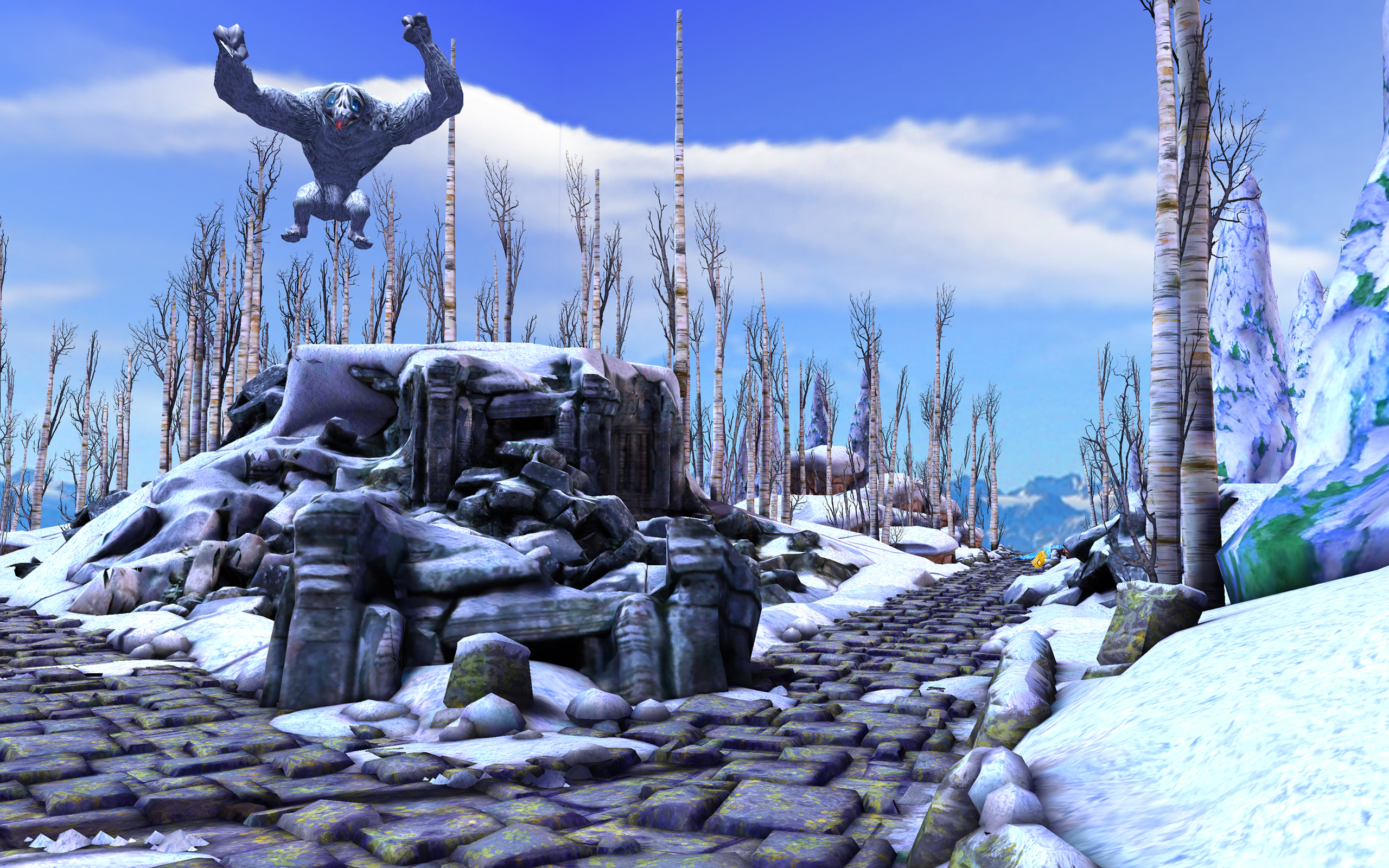 Unfortunately, the Gear VR Innovator Edition is only available in the US at the moment. So us UK lot can't get at it or its games yet. It will be released in more countries in 2015.

The "Innovator Edition" of the Gear VR is part dev kit and partly for consumer use. You have to write code to use it so it's not the version that will be sold in shops, or advertised anywhere.

Still, at least when the full consumer version of the Gear VR is eventually released, you'll have Temple Run VR to try it out with now.