Gamer X was, quite frankly, given a thrashing in our last competition.

So much so, in fact, that the Pocket Gamer powers that be were considering giving him / her (Gamer X's identity is a secret, you see) the boot after that poor Joe Danger showing.

However, it turns out Gamer X was playing mind games and lulling everyone into a false sense of security.

What do we mean? Well, read the following message, which arrived by carrier pigeon earlier today:

We're not sure anyone can beat that, but if you accept Gamer X's challenge AND want to be in the running for an incredible prize, here's how you do so...

Breathe that in, folks. That is the smell of a sensational score, right there. Ahhhhhhhhhhhhhhhhh.

That, in fact, is the sensational score that our resident Temple Run 2 demi-god Bhavuk Jain posted on Game Center in the High Score, no Save Me! challenge to take home the grand prize. A massive congratulations to him.

All of these endless-running superstars managed to break through the mighty 15-million-points barrier in this latest Gamer X competition.

Gamer X, meanwhile, has informed me that he / she will be back soon to issue a new challenge, so look out for that on Game Center very, very shortly. 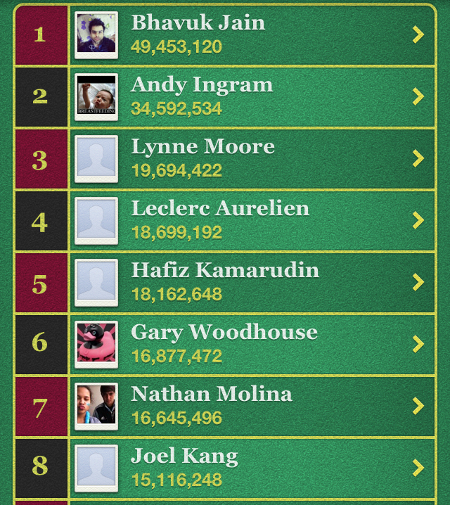 Updated on April 2nd, at 11:30: With a few days remaining in our latest Gamer X competition, it looks like we may already know the identity of the winner.

There's been no change at the top of the leaderboard since we last met, you see, with Temple Run 2 demi-god Bhavuk Jain sitting pretty in the #1 spot with a phenomenal 39,598,514 points.

Can ANYONE beat that tally, or is Bhavuk's giant score totally untouchable?

Andy Ingram certainly fancies his chances, for he's recently posted a score in excess of 25 million. In the process, Andy has relegated Lynne Moore and Leclerc Aurelien to third and fourth place, respectively.

A new contender in the shape of Hafiz Kamarudin has emerged, too, though he and the rest of the chasing pack are gonna have to pull something extraordinary out of the bag over the next few days to usurp Bhavuk.

How's all this going to shake out? Reckon the scores here are easily bested? You've got until 1pm on April 4th to prove it. 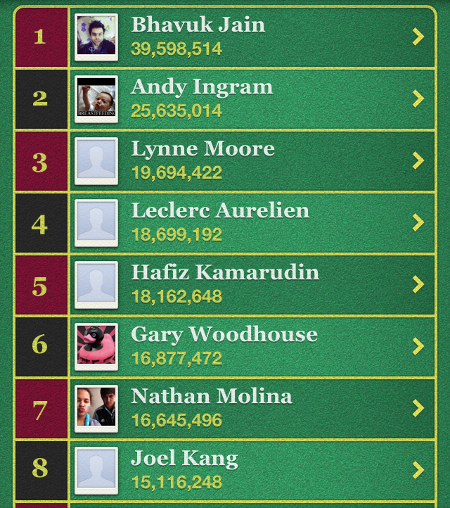 Updated on March 28th, at 10:39: With a week left to go in our Temple Run 2 Gamer X competition, it looks as though current leader Bhavuk Jain is gonna sprint off with the booty.

Despite no one being able to displace Bhavuk from the top spot (hitherto), there's been plenty of movement elsewhere on our High Score, no Save Me! leaderboard.

Lynne Moore, for instance, has swooped in with a mega score of 19.6 million to take second place, while Leclerc Aurelien has upped his own game big time over the past seven days.

Not far behind Leclerc are Gary Woodhouse, Nathan Molina, Joel Kang, and Zhongjing Zhang, who have all posted ruddy impressive high scores.

Looks like Gamer X will need to pull something pretty special out of the bag over the Easter weekend to best those scores and return to his / her rightful place at the top of the leaderboard.

Think YOU have got what it takes to beat Bhavuk and Gamer X? You've got just one week left to prove it, Usain. 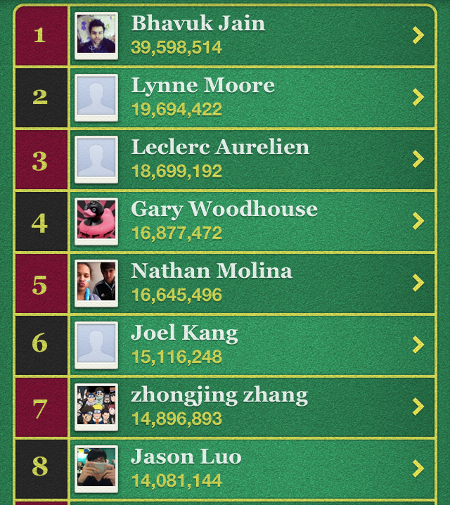 Our Temple Run 2 competition is certainly heating up, with monster High Score, no Save Me! scores now surfacing on a daily basis.

Bhavuk Jain is currently way out in the lead with a gigantic tally of 38 million, while Joel Kang is sitting pretty in second place with a highly respectable score of 15 million.

Zhongjing Zhang is trailing just behind Joel on the points front, with Leclere Aurelien, Alice MacGregor, and Tim Henderson jostling for fourth position on our Game Center leaderboard.

Remember that you need to leave a comment in the box below to register your high score, and that the High Score, no Save Me! mode is the key to all the prizes and glory. 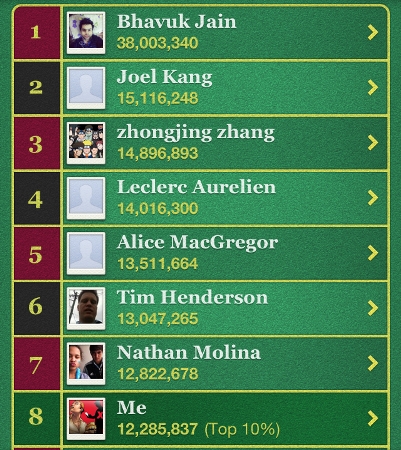 Before you all head off to your iPads and iPhones to show Gamer X a thing or two about top-level Temple Running, note this: there's a prize at stake.

Yep, we've got one genuinely amazing prize to give away to the Game Center player with the top High Score, no Save Me! tally at the end of the competition.

Straight from Temple Run HQ (a.k.a. Imangi Studios) comes a signed piece of original concept art from the game. It's not "limited edition", it's not "rare", and it's not available in your local Best Buy. This is a Temple Run item that any self-respecting endless-runner fan should sell its gran for.

So, what are you waiting for then, eh? Get gaming, and good luck!

Oh, and if you're finding it difficult to surpass Gamer X's superlative high score, take a look at these helpful Temple Run 2 hints and tips. No problem.