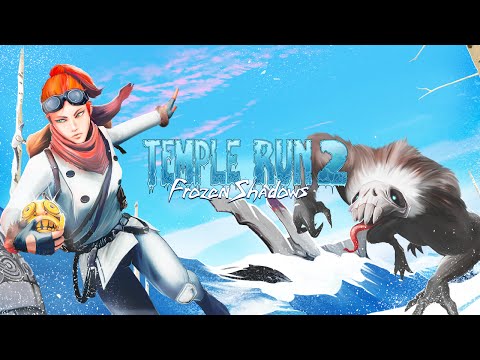 Temple Run 2 has been updated! Yup, we were pretty surprised as well, but then it has been a while since we've seen a big wodge of new content for Imangi Studios' Bronze Award-winning endless runner.

The new update is called Frozen Shadows, and as you might expect with a title like that, it's set in a frozen waste. You're getting chased by a demon ice monkey too.

The big addition to the update involves sliding around the ice on a giant monkey's skull. You need to tilt your device to weave through caverns, and you can pull off tricks as well.

There are new artificats to collect, and new costumes for your eternally sprinting heroes tool.

Apparently this is the first in a series of new worlds that Imangi is planning to release for the game, so keep your eyes peeled for those.

The update is available right now on the App Store, the Google Play Store, and the Amazon Appstore, and it won't cost you a thing.