Tears of Themis will celebrate Halloween with two events this month

miHoYo has announced that two events will arrive in its romantic detective game Tears of Themis for Halloween. The first is called Symphony of the Night and sees players carrying out an investigation, while the second, Howling Pumpkin, will offer plenty of rewards.

Symphony of the Night will run from October 20th to November 3rd and focuses on an investigation into an attack on the Big Data Lab. Before diving into the detective work, players will need to activate the Vesper Box and accept the contract. After that, they can team up with the game's four protagonists to search for clues by completing limited-time tasks. 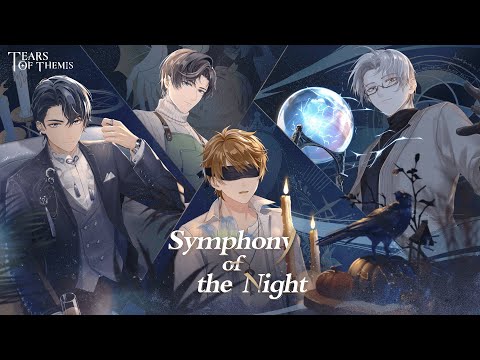 During the event, the NXX Chatroom will open, allowing players to share and track locations with the rest of the team. If they solve the case, they will earn several rewards, including S-Chip ×800, Stellin, Selection Star II, and the event-limited badge, Witch's Gift.

Meanwhile, the Howling Pumpkin event will start on October 29th and stick around until November 12th. During this time, players will harvest pumpkins of different sizes to unlock pumpkin archives and encounter several strange occurrences. Doing so will net players numerous rewards such as S-Chips x 480, the Event-Limited Jack-o'-Lantern badge, and Oracle of Justice! and more

If you're unfamiliar with Tears of Themis, it is a romantic detective game that initially launched back in July. Players take on the role of a rookie attorney and begin solving multiple cases by finding clues and taking part in debates. Beyond that, they can forge romantic relationships with four distinct male characters.

Tears of Themis is available now over on the App Store and Google Play. It is a free-to-play game with in-app purchases.

Looking for more detective games to test your crime-solving skills? Here are 10 of the best available for iPhone and iPad
Next Up :
Ninja Must Die is an upcoming combat-focused action runner with stylish ink-based visuals, now open for pre-registration