Solve a murder mystery that points towards a robot rebellion

iOS
| Tales of the Neon Sea

Tales of the Neon Sea is a cyberpunk-themed adventure game that's heading for iOS devices on October 28th. The game has previously released on Steam where it's received positive reviews from players since launch.

Sporting a pixel art aesthetic, Tales of the Neon Sea is set in a cyberpunk world where tensions and mistrust between humans and robots are escalating, as they always seem to do. Players will take on the role of Rex, a former cop who now plies his trade as a detective. He's tasked with investigating a murder that also suggests a robot rebellion may be on the horizon.

It promises a gripping tale as players investigate murder scenes and examine evidence to try and determine the events that lead to the murder whilst getting a deeper look at the past of Rex himself. As is traditional in these types of adventure game, players can also expect to solve an array of puzzles alongside chatting with numerous NPCs. 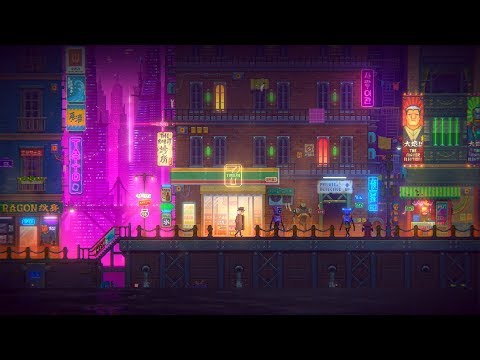 You can check out a trailer from the PC version of the game in the embedded trailer above. If you're a fan of adventure games and cyberpunk as a setting this one might be worth keeping an eye on. There are a few creepy elements at play in both the soundtrack and the plague doctor-inspired Grim Reaper that stalks Detective Rex throughout the video.

Tales of the Neon Sea is available to pre-order now over on the App Store ahead of its release on October 28th. It will be a premium title that costs $3.99. Alternatively, the game is also available over on Steam at a higher price.

Looking for more point-and-click adventure games to play on your phone? Here are 25 of the best available on mobile
Next Up :
Horizon Chase celebrates seventh birthday with a brand new game mode and community-driven events

Tales of the Neon Sea, now a TapTap exclusive, is coming to Android globally on August 5th