As if the name wasn't a big enough give away, Taiko no Tatsujin: Drum 'n' Fun is a very, very Japanese game.

The soundtrack is almost entirely Japanese songs. The minigames feature Japanese activities and cultural touchstones. You're playing a taiko for God's sake. You get the picture.

Look, there's certainly fun in here, and there's a hell of a lot of drum to boot. But this is a game aimed at a very, very specific audience, and if you're not a part of that crowd, it's going to alienate you completely.

Playing Taiko no Tatsujin is simple. You hold your Joy-Cons like drumsticks, swing vertically for a Don (red drum) and diagonally for a Ka (blue drum). You'll also need to swing both hands at the same time for big icons, and there's a few sections which require rapid-fire swinging to clear.

Start down on the easiest difficulties and you'll pick up the basics in no time and have a great time doing it, swinging your hands about like a buffoon to the range of songs available. 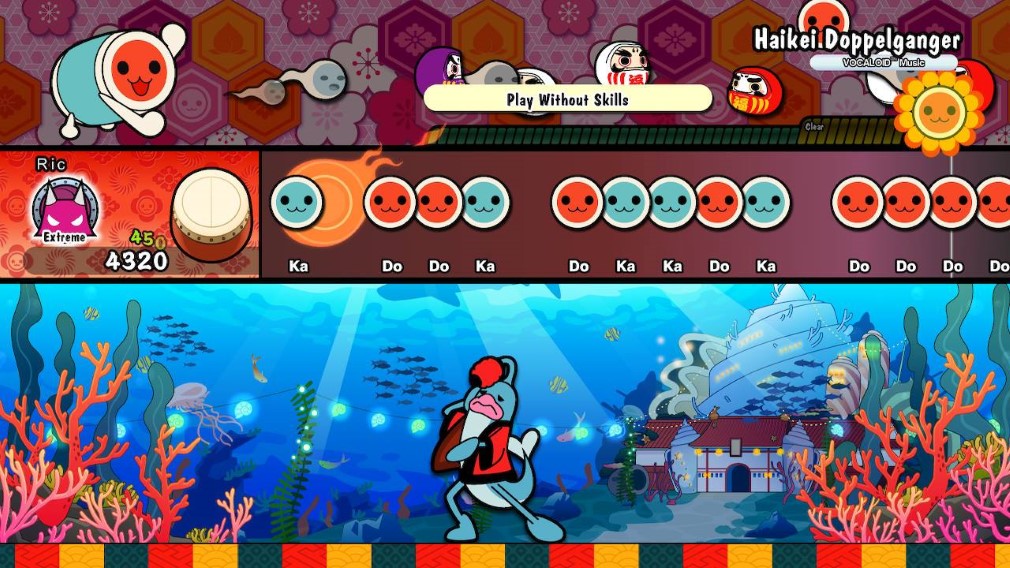 Step it up a notch, however, and suddenly it's a whole new ball game. Faster, harder tracks become so full of insane note combinations that you'll wonder if your hands can even move that fast.

But, of course, it's all part of the learning curve. Given enough time and practice, you'll be hitting the high levels with ease and clearing more and more songs as you get better and better.

There are a few issues, however. Most importantly, the drumming is just a tad inaccurate. Your Dons sometimes register as Kas, the brief flick of your wrist as you wind up a hit can be registered as its own hit and throw you off, and you can actually make surprisingly good progress just flailing around like a fool.

The latter isn't exactly the most fun way to play, but it does raise awareness of how loose the controls can sometimes be, especially when you get 50% of the notes just by going ape with the controllers.

The other big problem is the soundtrack. If you're into your J-Pop and original anime themes, you'll be right at home here. If not, well, you're out of luck.

Beyond some Nintendo-centric game tracks and a Japanese version of How Far I'll Go from Moana, there's little here that the casual English-speaking audience will enjoy beyond simply thinking "huh, what a pleasant, if overly-energetic song". 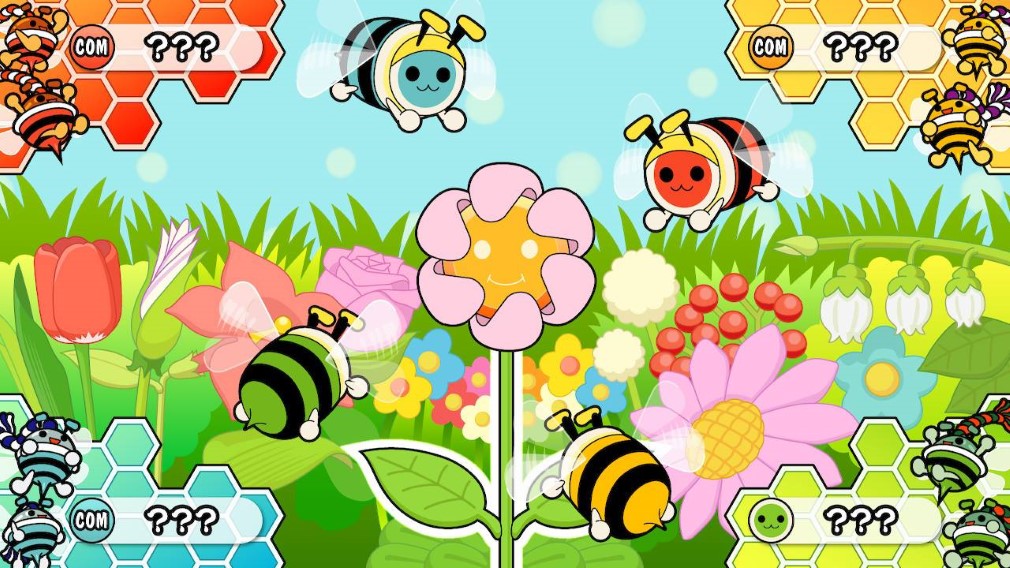 Take yourself over to the party games section and this problem disappears somewhat. From cooking things on an open barbeque to playing baseball, there's a wealth of rhythm-focused events to keep you and up to three friends entertained on the same console.

You can also take on four-player standard mode if you have enough cartridges and consoles, and it's worth it too - this is a game that absolutely needs other people playing to keep your interest in it alive beyond the first hour or so.

I got blisters on my fingers

Overall, Taiko no Tatsujin: Drum 'n' Fun is going to appeal to a very small number of people, but those people will absolutely love it.

It's almost a straight port of the Japanese edition, which is no bad thing - the core game is tons of fun, and it's packed full of its own unique identity that would feel weird with a Westernised soundtrack.

But it is an alienating prospect if you're not hugely invested in Japanese culture. Throw in some occasionally wonky motion controls and you've got a real Marmite of a game - you're gonna love it or hate it, no matter how good it may actually be.

It's not for everyone, but if you're a Japanese music fan, Taiko no Tatsujin will offer up hours of fun
Next Up :
REDMAGIC 7S Pro Supernova Lords Mobile Edition review - "A true powerhouse dedicated for mobile gamers"