It will be available for free on iOS and Android this Thursday, on August 21st, with a 69p / 99c in-app purchase to remove ads.

Instead of playing a bird, Swing Copters puts you in control of a little dude fitted with an unfortunately jerky propeller helmet.

Tapping on the screen changes the direction your character is flying, from left to right, as it ascends into the air.

What makes Swing Copters even more challenging than Flappy Bird is the addition of moving obstacles. Rather than just evading beams on your ascent, you must dodge swinging hammers as well.

TouchArcade has an exclusive first look demo that you can check out below. 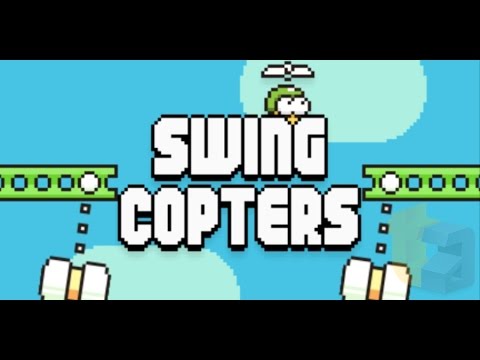 Subscribe to Pocket Gamer on
TouchArcade
Next Up :
Claw Stars, the sci-fi collection game, is hosting a Lunar New Year event