What happens after you fall asleep in your bed?

According to Bart Bonte's upcoming action-puzzle game Sweet Drmzzz, a mini-you pops out of your ear and rides your alarm clock to space.

Up there, it plays with colourful space worms, collects stars, and tries not to disturb your sleeping self.

Sweet Drmzzz has this childish playfulness to it. It looks, to me, like a child's drawing brought to life, although the colouring stays firmly in the lines.

The range of play is similarly joyful. You progress through the levels one at a time, but they flit between a few different types.

There's one that is similar to playing classic Snake in which you collect stars and avoid demon space worms. A variant of this involves steering the alarm clock spaceship, using curves rather than right angle turns. 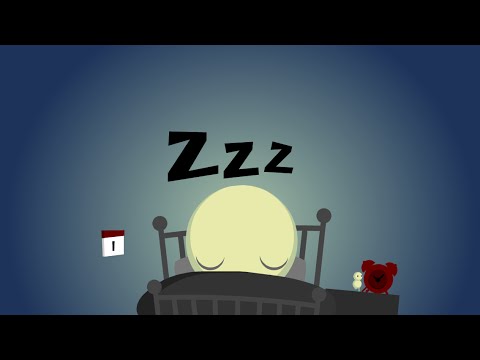 Another is just like Bonte's clever puzzle game sugar, sugar. So you draw lines to guide space sugar (I guess?) into planets, sometimes passing it through coloured filters when necessary.

There's another that involves matching all the space worms so that they're all the same colour. Plus, there are other small games that I've yet to reach.

It has some of the excitement of Warioware-like games as you want to keep playing just to find out what type of game you'll play next.

It's a little more friendly than the panicky fast-pace of Warioware. Instead, it incites a simple joy in the unison of joyful soundtrack, happy puzzling, and cute space worms.

Sweet Drmzzz will be released for iOS and Android on November 6th at the price of 69p / 99c.

Ride an alarm clock to a bizarre dreamland in Sweet Drmzzz, out now