The best thing about games like Draw Something and Words With Friends is the way you can start a session with a friend or stranger, make a move, quit, and then come back to that same game the next day and pick up where your opponent left off.

Sushi Mushi incorporates this functionality into its core icon-matching gameplay, tweaks a few of the elements to distinguish it from similar releases, and adds an almost Busu-Kawaii art-style to the proceedings.

Busu-Kawaii is - in case you don't know - a niche Japanese aesthetic style that blends the ugly with the cute. You learn something new every day.

The monsters in Sushi Mushi have wonky teeth, but large eyes, they have sharp claws, but they're wearing mini-skirts. It's extremely colourful and full of flash in the menus, but the gameworld itself is a little less impressive.

It's a little too jam-packed with sushi - the pieces you need to match up - which makes it not only fiddly to play but a little overwhelming to the senses too. Every so often you'll find Bento Buddies and other special items in takeaway boxes as the icons descend from the top of the screen, but they're nowhere near as charming as the monsters themselves.

Playing the game is very straightforward: you arrange matching icons in lines of three of more to score points, and if you have more points at the end of three rounds than your opponent you win.

You can play by yourself, but it's much more enjoyable to play online against real opponents. This also gives you an opportunity to show off your customisable monster to your pals.

There's a novel spin on the otherwise formulaic puzzle action, in that each piece of sushi has both a colour and a shape in its centre. If you select a red square as the start of your line, your chain of sushi can include any shape that's red, as well as squares of any colour.

It's a fine idea in theory, but in practice I just found myself sticking to matching colours, as the limited time you have for each game encourages speed over accuracy.

You can increase the time you're allotted and add other bonuses to your game with the use of Sushi Specials. These cost soft currency, but if you're tackling a particularly tough opponent you'll want to take advantage of them.

If there are major complaints to be made about Sushi Mushi, they're technical ones. Facebook integration is, at the time of writing, "unavailable", and your enjoyment of Sushi Mushi is likely going to be based on getting mates together for the multiplayer rather than taking on randoms.

In addition, it takes a smidge too long to load up. However, once you're in the game everything snaps along, with useful shortcuts to get into your active games quickly.

Sushi Mushi's multiplayer is a great deal of fun, as is the visual style, and if the nuts and bolts workings of the software were improved it would be an essential download. As it stands, it's a good game that squanders some of its potential. 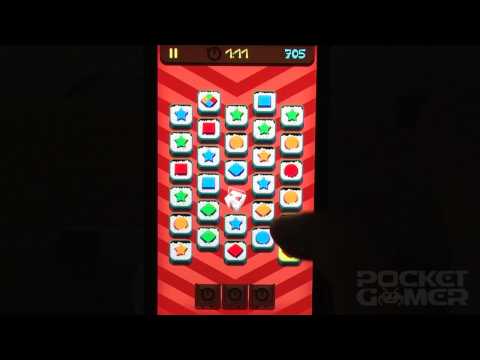 With an endearing art-style and fine puzzling action, Sushi Mushi nevertheless has a few rough edges
Next Up :
Evony: The King's Return review