Sakurai just unveiled Min Min to the world, but should be buying the next Fighters Pass?

Super Smash Bros. Ultimate is the most content-complete fighting game available right now. That's just a fact. You will not be able to find another fighting game to purchase which will have more going on and to be done in it than this game, and with yet another Smash Direct comes yet more Super Smash Bros. content to hype over.

This time Sakurai came at us directly from his home and introduced a brand new Smash character, Min Min from ARMS. The ramen-haired warrior is ready to punch out some opponents in this platform fighter, but that's not all that Masahiro Sakurai has for us.

And with a brand new Fighters Pass looming on the horizon which is poised to add six brand new characters and stages to the game, you should be thinking hard about that DLC. I think most players will agree that the first Fighters Pass was worth the money (even the ones who hate Byleth), but is this one going to shape up even better? 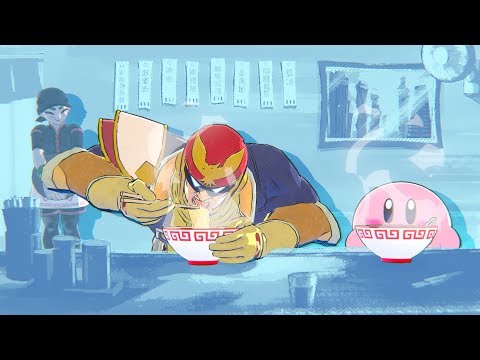 Min Min looks incredible. While any real evaluation of how the character plays will have to wait for a proper playtest, right now she looks fascinating. With Min Min, Sakurai has created another fascinating and threatening grounded character, a lot like Little Mac.

While Little Mac's ground speed and powerful punches can send enemies flying, Min Min is going for a different grounded strategy. Min Min's long spring-like arms can keep enemies at bay easily, but once she throws out an attack, an opponent can simply hop over it and strike back immediately.

This makes Min Min a really interesting character - more similar to a traditional fighting game character really, with her arms being projectiles which she will be vulnerable without the firepower of. Suddenly you can see situations very similar to throwing out hadoukens, baiting a jump-in, and punishing it.

But more than anything, Min Min breaks the game. In a good way, I suppose. Min Min has some very unique abilities in Smash, such as being able to throw out attacks with her arms, and then continue to move. Just, moving, while an attack is happening. She can even throw out smash attacks in mid-air - a terrifying feat, frankly.

In addition to that, your B button is no longer for special attacks, instead, it's for your right arm. A and B are your left and right arms, giving you even more granular control over how she attacks and controls space on the stage, without sacrificing anything.

This is a very strange Smash character, but it also shows Sakurai's willingness to continually change what Smash is. He's done this repeatedly now since Super Smash Bros. for Wii U. Bayonetta, Terry Bogard, and Hero are all unique and potentially devastating characters to fight against, and Min Min looks like yet another fascinating spanner in the Smash works.

But not all DLC released for Super Smash Bros. Ultimate is part of the Fighters Pass, or Fighters Pass 2. While you will get Min Min, ARMS music tracks, and an ARMS-themed stage as part of your pass investment, you will be missing out on some of the other content that Sakurai has spoken about today, including those, ahem, desirable Mii costumes.

In fairness, I have to acknowledge that the Mii costumes aren't for me. I haven't found much love for the Mii characters since their Smash introduction, and I still don't care for them much, and the fact that they have dozens of costumes, all of costing a bit extra, puts me off the idea of investing in something I will find so little use for.

But hey, the Sans Mii costume is cool, and so are all those Mega Man costumes from the past. It's a nice way to pay homage to other game franchises that are Smash-adjacent, while not putting in the full resources to create an original character - a costly exercise, believe me.

Though, that doesn't explain Vault Boy. We all know Vault Boy as the slightly eerie smiling lad from the Fallout series. And now he's in Smash as a Mii costume, but Fallout is strangely not mentioned at all. For real, when unveiling the Mii costumes they splashed logos for Tekken, Splatoon, ARMS… And then just Vault Boy. It's either Bethesda are trying to make Vault Boy his own thing, or someone didn't want the controversy-ridden Fallout brand touching Super Smash Bros. Ultimate…

But that's an awful lot of ranting which essentially boils down to the fact that the Mii costumes look cool, but are about as far away from valuable and interesting content as you can imagine. Not true for the content you get from the Fighters Pass.

So, will Fighters Pass 2 be worth buying?

It's still hard to say, especially since we've only seen one of the six confirmed Fighters Pass 2 characters thus far, but one thing is certain: Min Min changes the way you can play Smash drastically. She really is a different and ambitious character for the game, and it makes me very optimistic for the future of Fighters Pass 2.

Sakurai previously showed his commitment to bringing characters from a variety of franchises to the Super Smash Bros. series, and while it looks like we're back to having a majority of Nintendo-owned characters lined up for DLC, the Fighters Pass 2 really could go anywhere in the future, and I'll be here for it no matter what.

Hey, make sure to come back to Pocket Gamer for my Min Min character breakdown when she launches on June 29th!