Steve, Alex, Zombie, and Enderman are all in Super Smash Bros., and here are the strategies you need to master them

Banjo-Kazooie? A triumphant return of a character beloved by old-school Nintendo fans. Terry Bogard? An influential fighting game figure to people all around the world. Minecraft Steve? An avatar in a game which is mostly played in first-person anyway. Hard to get too excited, honestly. The Creepers are more iconic.

But regardless of what you think of the character or the franchise, Steve and his alts, Alex, Enderman, and Zombie, have a fascinating moveset that drastically changes the traditional Super Smash Bros. formula. So let's go through that moveset piece by piece and figure out what the hell is going on.

With Steve and pals you'll be mining, crafting, building, and kicking ass, so let's go through the moves and how you should be using them to dominate in Super Smash Bros. Ultimate…

Steve's normal attacks are the, uh, most normal part of his arsenal. But even his basic jab can be used in a totally unique way. Just hold the attack button and Steve will swing his weapon, and you can walk back and forth and jump with the weapon in your hand. When fighting against short-range characters, this means you can easily apply pressure.

Down tilt places a fire in front of Steve, and works as a great move to pop the enemy into the air before following up with attacks. Unfortunately the up tilt, forward and back aerial attacks, and side smash attacks are all very basic swipes of whatever weapon you're wielding, through you can of course get a better weapon by crafting one at a crafting table once you've gained materials.

The down smash and up smash attacks are luckily a bit more interesting - up smash will place a block of lava above Steve, and it does great damage and knockback. The down smash is a traditional attack which hits both sides, but the lava Steve throws out lingers and can take down opponents that are careless. 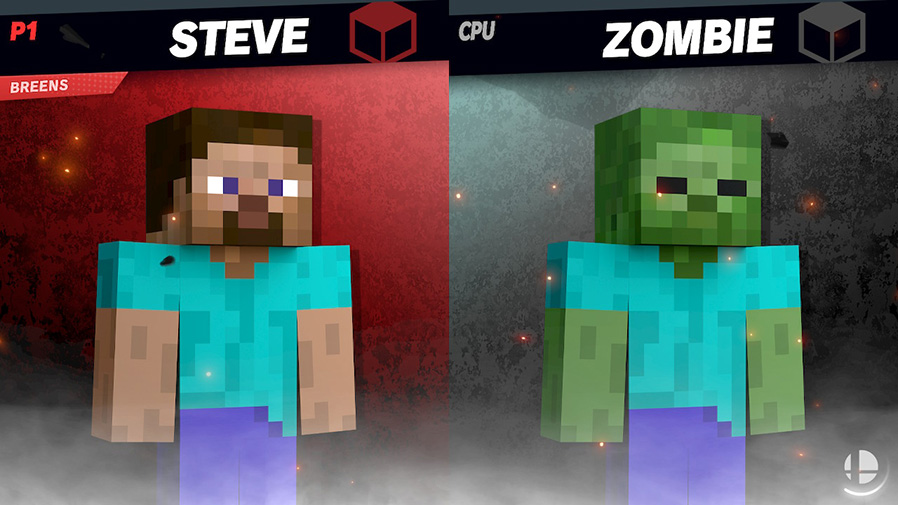 When grounded Steve only has a short hop, no large jump, and this can be used to apply pressure, but also means his aerial game and ability to jump around the stage to avoid attacks are a bit weaker than many characters in the game.

His normal attacks and smash attacks are very reliable and strong, as long as you have a weapon to back them up. Possibly his best aerial attack is the down air, in which Steve rides an anvil downwards. Not always useful on-stage thanks to a fairly lacklustre jump, but to catch opponents off-stage it is deadly and brutal.

Steve's an odd character thanks to his mining and crafting mechanics, as the effectiveness of many of his normal attacks will depend on the materials you mine, and the weapon you craft for him. On that note…

Steve's down and side specials are most interesting, in my opinion. His down special places down a TNT block, and holding the button while walking will place down a fuse and switch panel to blow the TNT, allowing you to plan ahead for brutal traps and edge guards. His side special jumps into a minecart and crafts a rail in front of him - you can turn in this cart, or jump out and let it grab an enemy, carrying them clean off stage.

Steve's final special attack is his up special, which takes him into the air, and can be used to glide. This is great for horizontal distance, and is fairly decent, if not incredible, for vertical recovery. 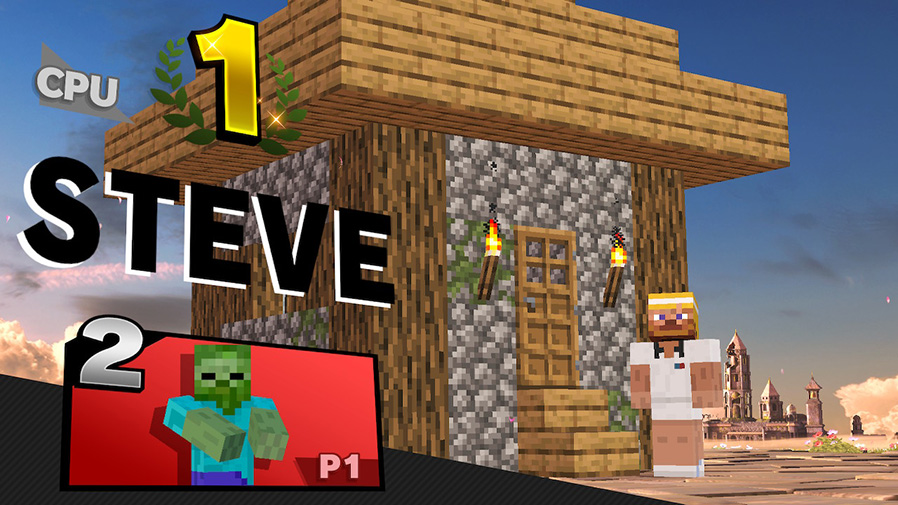 You should always be aware of how much materials you have ready to use and should mine fresh materials whenever possible, and craft the best weapons. That's obvious, really.

What's less obvious is how useful Steve's side special minecart can be for carrying off opponents - especially if you've already set up TNT where the minecart is carrying them to. You see how that one works out. But failing that, you can still have the cart carry opponents clean off stage, which always helps.

One thing you should be cautious of is Steve's up special recovery - you need to direct this towards the stage, otherwise you will fly away from it and die. As simple as that. There are a few other characters with this quirk, but none will sting quite like Steve's… Luckily you can place a block in mid-air if you're falling, land on it, and give yourself a few seconds of thinking time before you die. Not bad. Oh, and then there's those brutal off-stage smash attacks the floating blocks open you up to… Devastating. Enjoy!

0/4
Next Up :
Is Raft Survival Ocean Nomad a multiplayer title?