How to play as Joker, then best fighter in Smashville

He's finally here lads. Joker has arrived in Super Smash Bros. Ultimate, and we can finally listen to Persona music while smashing Mario's head in. Glorious.

Joker has come to the battle armed with knives and guns, in addition to some supernatural properties, like a wannabe Stand. I'm not saying Persona is less cool than JoJo or anything, but when it comes to hyper-stylish anime boys, I know who I'm cheering for. 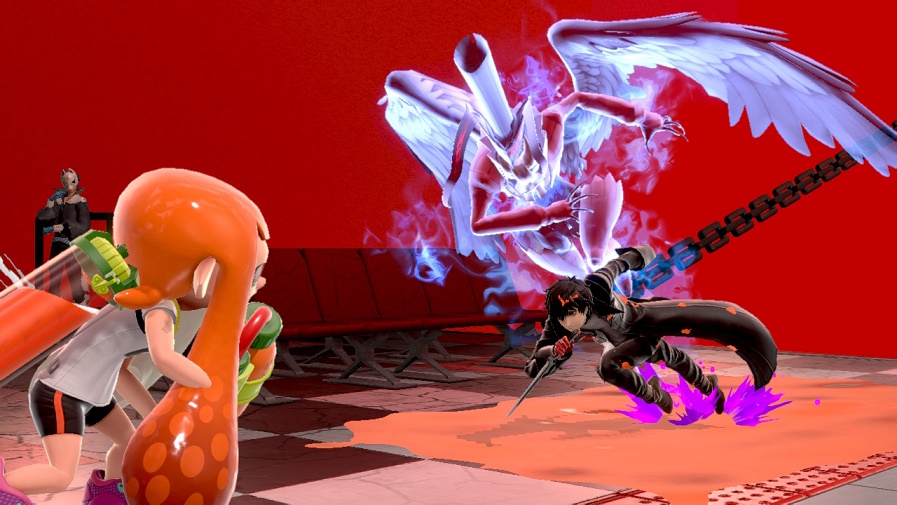 Joker has a meter he can build like Cloud which makes him far more powerful than ever once it is filled. This will see Joker summon Arsene, his primary Persona.

When Arsene is summoned Joker's hitboxes are big and powerful, sending opponents flying. His Up B special also gets a big boost, flying him high into the sky, but with no hitboxes or hurtboxes. A great recovery, but his grapple was already great.

Joker can build his Persona even faster by using his down special, where he will absorb hits he takes, and quickly summon Arsene into battle.

Once Arsene is out, your down special transforms into a unique counter which both counters and reflects projectiles. Incredibly useful and unique to the character, so earning Arsene should be your goal early in the match.

Once Arsene is out you can feel free to go on the offensive with bigger hitboxes and more powerful attacks than before.

Arsene might look big, but he can't actually get hit by attacks, so this might even fool opponents into spacing themselves further from Joker, leaving them open to your ranged side special attack.

Joker's normals are pretty typical, save for his Bayonetta-style forward aerial. Back air is a sharp hit, while down aerial is a straight-forward slash. Up aerial is a multi-hit attack, similar to Sheik.

More interesting are Joker's tilt attacks. The down tilt replicates Cloud's, and slides Joker across the ground. This is very versatile and powerful. His up tilt is a nice multi-hit with decent hit boxes, which can be good for edge guarding.

His forward tilt is a standard three hit stab, similar to his three hit jab combo. Nothing too special there, but they are fast and functional.

Up special without Arsene is just a grapple hook, but this is great for recovering to stages, but also grabbing enemies out of the air, pulling them down, and opening them up to combos at low percents.

Side special is the ranged attack, which is incredibly useful for spacing and zoning enemies, especially off stage, as it travels in a downward diagonal direction.

His down special is an absorb to charge Arsene, and his neutral special is a gun. Both are honestly pretty weak usually, but work great when Arsene is summoned.

Joker's gun and side special both allow him great ranged abilities allowing you to space out your enemies, combined with hard hitting attacks for when they get close. Smash attacks, meanwhile, are all pretty standard hits to kill.

Joker is best played as a zoning character from a distance while he's charging his Persona, and as soon as Arsene is out, Joker can switch gears and start going for the kill.

Joker is just a school boy, after all. He's a normal lad usually, but when he has the power of his Persona on his side, he is a force to be reckoned with.