Super Mecha Champions had a special collaboration for its fans. NetEase’s neo-futuristic shooter teamed up with the popular virtual artist Kizuna AI for a thrilling concert between October 16th and 18th. Titled “Here for you” SMC×Kizuna AI LIVE, the event saw fans come together from all over to participate in the in-game metaverse concert.

Kizuna AI is the world’s first virtual YouTuber who made her debut in December 2016. With over 2.98 million followers, Kizuna has launched numerous songs which have been extremely well-received worldwide. Her first solo track, Hello, Morning, was the number one song on the Spotify Viral Top 50 Weekly Chart in Japan. Between October and December 2018, Kizuna released nine songs in nine consecutive weeks, all of which ranked one in the iTunes Store Electronics Music Rankings. Following this, she has had multiple concerts featured in Summer Sonic 2019, and also partnered with UTA, a large American agency. 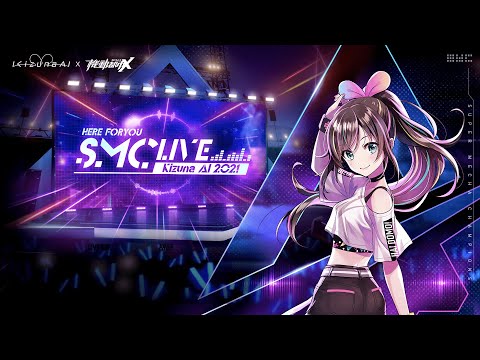 SMC organised an almost lifelike concert for Kizuna. She had a massive and brightly lit stage set up for her and fans could roam around the event space like a real concert, carrying glow sticks, fireworks and other items with them. Her songs were edited in ways that allowed players to dance along during the choruses. Kizuna kicked off the concert with Future Base, which welcomed fans into the futuristic world of SMC. This was followed by her hit song Sky-High.

The event also saw her sing a brand-new song made exclusively for the event called Here for You, for which she changed into an in-game exclusive costume called mirai no oto (future sound). Song number four was a surprise because Black AI joined in as a special guest, causing the fans to go berserk! Kizuna ended her concert with AIAIAI. Which was accompanied by an overflow of fireworks and excitement. The show was an absolute hit.

This wasn’t Super Mecha Champions’ first collaboration and it certainly won’t be the last. They plan on having numerous collabs for fans to enjoy and it creates an extremely cohesive atmosphere that enriches the SMC culture.

Download Super Mecha Champions for free on the App Store and Google Play.

Check out this list of the top action games to play on mobile!
Next Up :
FORESTOPIA is welcoming dogs and cats into the cosy island sim in its holiday-themed winter update