Stomped! is a snowboarding game from the prolific Noodlecake Studios and it's available now

Available on both iOS and Android

Stomped! was announced around two years ago when the developers were looking for beta testers for their side-scrolling snowboarding game. It's gained a whole exclamation point at the end of the title since then and it's now available on iOS and Android.

Stomped! In yet another game published by Noodlecake Studios, who is on something of a release streak at the moment, having released both Farm Punks and Trail Boss BMX fairly recently. Stomped! is a little closer to the latter being an extreme sports-centric game.

According to the devs they've aimed for a hybrid of snowboarding and skateboarding with Stomped! Of course, all the various grinds, flicks and grabs you can pull off will be performed through a swipe control system.

As you plough your way through the 36 levels on offer you'll be tasked with completing as many combos as you can handle. Your score on each stage is determined by how well you can maintain a good flow of all your combos without face planting into the ground. 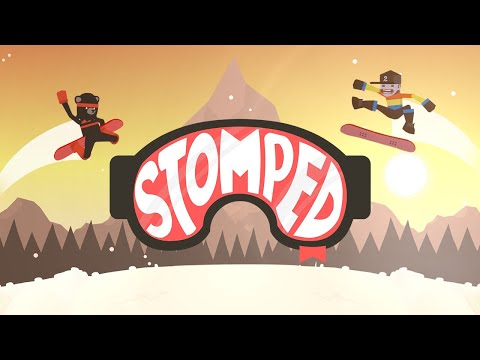 There are also 6 playable characters to choose from. Each of these will have their own individual playstyle. Now, I'm not a snowboarding aficionado so I'm not sure how many different playstyles are possible. However, looking at the screenshots one of these characters appears to be a bear, so they might not all be grounded in reality.

The game's soundtrack is comprised of several laid back hip hop songs provided by David Cutter. If the trailer – which you can see above – is anything to go by these will be excellent tunes. However, I do find the idea of hurtling down a mountain doing flips to some incredibly chilled out tracks a little at odds with itself. But who knows, maybe it makes sense when you play it.

Stomped! is available to purchase now on the App Store and Google Play. It's a premium game that will set you back £2.99 on iOS whilst grabbing it on android will cost £2.79, saving a whole 20 pence.