There's a sticker for that

Zoink Games is bringing its sticker-slapping PC and console puzzle-adventure Stick It To The Man to iOS.

We don't have a release date on it yet. But we do know it'll be the exact same game as before with the change being the addition of touch controls.

So you can expect to play as a guy called Ray who, after an accident, finds he has a pink spaghetti arm hanging out of his brain.

With it, he is able to change the world around him, which is made out of stickers and paper. He is also able to use this head-arm to read other peoples' minds.

It should be a good fit for iOS as the touchscreen functionality means you can use your fingers to strip away and slap stickers to the 2D environments. 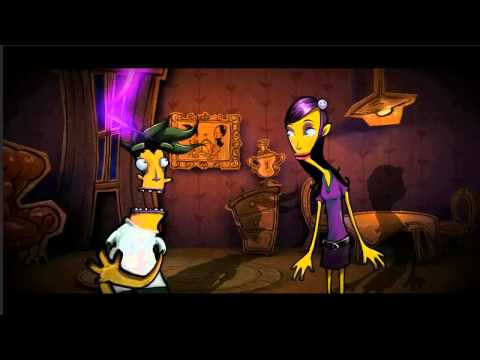 Stick It To The Man was originally launched back in 2013. We gave it a Silver Award in our review of the PS Vita version. So it's certainly something to get excited about.

You'll especially want to look out for its launch on iOS if you're a fan of Tim Schafer's games. It has similar humour and the range of bizarre characters could be ripped straight out of Psychonauts or Grim Fandango.