Switch
| Stick It to The Man!

Released on Steam back in 2013, Stick It to the Man! by Zoink Games is now on its way to the Switch, and very soon at that. 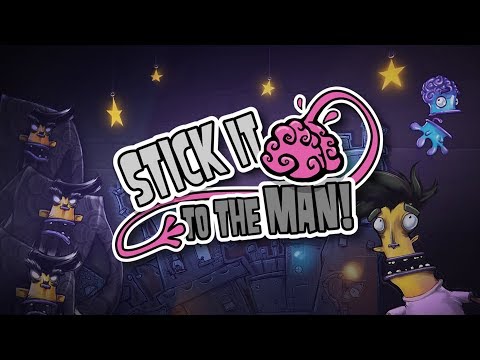 Stick It to the Man follows hard hat tester, Ray, after he has an odd accident and wakes up with a freaky spaghetti arm sticking out of his brain. While you'll get awesome new superpowers, you're also on the run for a crime you didn't commit, so it's time to give Ray a little helping hand.

With the ability to read minds and use stickers to change the world, you'll have to use your new powers to solve a bunch of puzzles and hopefully enjoy a detailed story written by Ryan North (Adventure Time) while you're at it.