FunPlus is making the zombie apocalypse a little bit more interesting with its Day of the Dead collaboration event for State of Survival. The free-to-play strategy game on mobile is teaming up with the TV series to bring more zombie-themed goodness onto both iOS and Android devices this month.

In the latest State of Survival update, players can expect to experience the game with The Cartel with new content and a mini-game. The themed mini-game will task players with solving a mysterious message, and those who are quick-witted enough can score cool in-game goodies from now until January 31st.

In case you're not familiar with the television series, Day of the Dead follows the tale of six strangers fighting for survival during the first 24 hours of a zombie apocalypse. It features the talents of Keenan Tracey (“Bates Motel”), Daniel Doheny (“Alex Strangelove”), Natalie Malaika (“Fractured”), Kristy Dinsmore (“Vikings”), and Morgan Holmstrom. 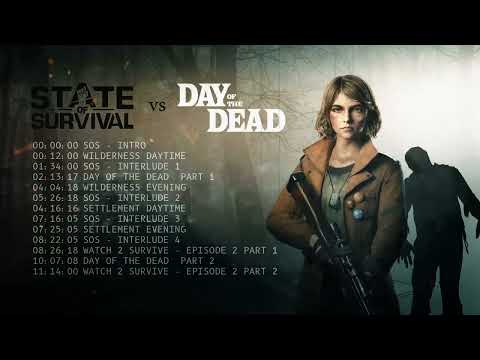 With a similarly themed invasion of the undead, State of Survival, on the other hand, is a strategy game on mobile where players will not only have to brave the hordes of the undead, but they'll also have to build a safe shelter and grow resources in order to survive.

If you're curious about the collab, you can download State of Survival on the iOS App Store or on the Google Play Store for Android devices. It's a free-to-play game with in-app purchases. You can also join the community of followers on the official Facebook page to stay updated on all the latest developments, or catch the official playlist embedded above for some themed tunes.

Are you on the hunt for more strategy titles that will put your tactics to the test on your mobile device? Why not take a gander at our list of the top 25 best strategy games for Android phones and tablets in 2022?

State of Survival codes to redeem (May 2022)