Zynga Inc. and Lucasfilm Games have just dropped an exciting new gameplay trailer for Star Wars: Hunters, the upcoming competitive arena combat title set in the hit sci-fi franchise. The game is currently on soft launch on Google Play, and will officially release worldwide in 2022.

Star Wars: Hunters features a wide variety of competitive arenas as well as different Hunters fighting for the ultimate bragging rights in Vespaara. Characters each have their own unique fighting styles, which are showcased in the new gameplay footage. 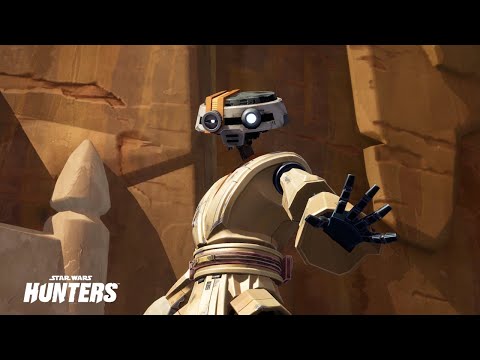 “Today’s gameplay reveal gives players their first look at the Hunters in action, showcasing eight of the dynamic characters which will be available at launch,” says Bernard Kim, President of Publishing at Zynga. “Our teams at NaturalMotion and Boss Alien are excited for fans to enter the fray and compete for galaxy-wide glory in the Arena next year."

In Star Wars: Hunters, players will go head-to-head in teams of four during real-time battles. It will soon be available to download next year on the iOS App Store and on the Google Play Store for Android devices. It's a free-to-play game with in-app purchases, and will support cross-play for mobile and the Nintendo Switch.

Want more titles on your mobile device where you can play (or fight with) your online buddies anywhere in the world? Why not have a look at our top 28 best multiplayer games for Android phones and tablets?

Next Up :
Harry Potter: Hogwarts Mystery celebrates the season of giving with No Kid Hungry campaign partnership