In a blink-and-you'll-miss-it announcement during the Nintendo Direct broadcast yesterday, it was revealed that The Game Bakers's Squids series is heading to 3DS.

Well, we've now got a little bit more information for any excited cephalopod slingers out there about what they can expect from the handheld version of the iOS and Android hit.

First up, Squids Odyssey, which is the name of the new game, is actually two games. Sort of.

The Game Bakers has taken the first two smartphone Squids episodes, Squids and Squids: Wild West, mashed them together into a polished super-game, then thrown in more tentacles than you can flick a stick at.

That means you'll get a new hero, new missions, new levels, and new tricks. So, if you were worried about a lack of new stuff in this handheld edition of Squids, The Game Bakers has you covered. 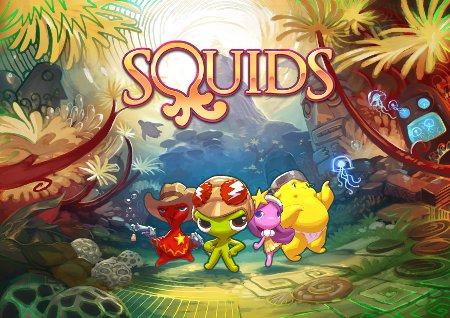 The underlying mixture of tactical RPG and drag-to-fire touchscreen controls remains in Squids: Odyssey, but The Game Bakers does promise some cool twin-screen features and multi-layered 3D effects.

We're big fans of the Squids games here at Pocket Gamer's underwater fortress, giving both of the chapters Silver Awards.

As you can imagine, then, we're pretty excited to see what The Game Bakers can do when it has a stylus and a couple of screens with which to play.

Squids: Odyssey will be available towards the end of the year on the 3DS eShop. We'll let you know about a price and a more specific release date as soon as we hear anything.

Check out this announcement trailer for Squids: Odyssey