Are you the best robotic spy in the world?

Back in March Sumo Digital released adventure-puzzler Spyder onto Apple Arcade and it has since become one of the more popular games available on the subscription service. Today they've announced it has received an update that introduces an Incognito Mode and Daily Micro Missions.

Each day you'll be able to tackle one of thirty of these Daily Micro Missions. They will provide challenging environments that will put all of your spy skills to the test. The aim is to complete three mission objectives within three minutes whilst earning the highest score possible. There will even be leaderboards so you can see how you fare against other players. Beyond that, you will also be able to find Halloween-themed outfits by taking part in these daily missions.

Elsewhere, Incognito Mode will allow players to revisit the game's core levels and play through them wearing a choice of nine disguises. However, these must first be unlocked by finding an Incognito Sticker on each level. From there, you can adorn Agent 8 with various spy trope-inspired looks and one that's apparently based on Marilyn Monroe. 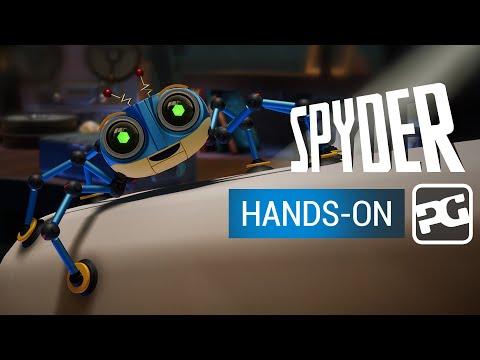 He added: “We can’t wait for players to experience the new modes in this latest update. There’s more to come in future updates for the festive season and beyond!”

Spyder is available now over on Apple Arcade, a subscription service that costs $4.99 per month. For more information on other games that are available in its extensive library, check out our dedicated hub page.

Here's a definitive list of EVERY Apple Arcade game available, and what you need to know about them
Next Up :
Black Desert Mobile adds a new class called Solaris alongside multiple events and rewards